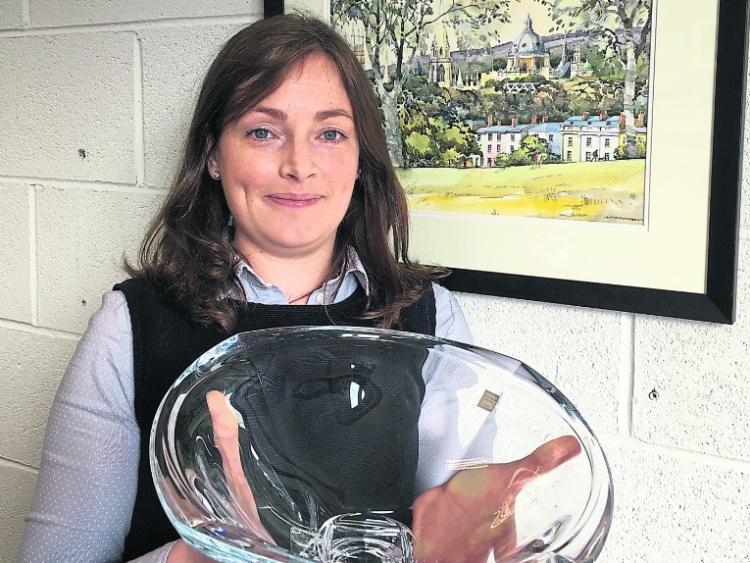 The daughter of Michael and Ann is an Immunologist who is currently working on cell therapy.

“Specifically I work on cell therapy; these cells are found in all adult bone marrow,” said the Cavan woman, speaking to the Leader this week.

“We isolate those cells from the bone marrow and what we have found is that these cells have calming properties that work on the immune system.

“What we are trying to use these cells for is to treat different types of inflammatory disorders because we know that this particular cell therapy has a calming effect on the immune system.”

Karen and her team are currently endeavouring to figure out how exactly the cells bring about that calming effect because they have already discovered that when they are given to patients with different inflammatory diseases they work in some individuals but not in others.

“What my research is trying to understand is why some patients who receive the therapy get results while others don’t,” the sister of Cavan intercounty footballer, Donna English added.

“If we can figure that out we would then be able to make the therapy work for everybody.”

Congratulations to Dr Karen English of our Department of Biology & Dr Deborah Hayden of @EarlyIrishMU who have been awarded prestigious Starter Laureate awards by the Irish Research Council. https://t.co/mnPj7tuQMp #MUResearch #LoveIrishResearch pic.twitter.com/BgiskwdVic

Karen says that what researchers think may be happening is that the individual environment in which the molecules are present in, has a different effect on the cell therapy.

“It appears,” she continues, “that the cell therapy needs to receive a signal to tell it to become immune calming and so we think it is that signal that is missing in some patients but not in others.”

She added; “If we can figure out what that signal is, we can bypass needing it to be present in the different patients and we can give the signal to the patients ourselves in hospitals; that way we would be able to ensure that they work for everybody”.

Meanwhile, Karen also lectures in the Biology Department at Maynooth University and teaches courses to postgraduate students across a range of disciplines, including immunology.

The local scientist also says that her early education at the national school in Arva and later at Moyne Community School inspired her into choosing science as a career.

As she says herself, she always had a yearning to know more and after the Arva woman undertook her third level studies at Maynooth University where she obtained a degree, masters and Phd, she undertook an international Fellowship at the University of Oxford.

“I spent nearly three years in Oxford in a leading transplantation immunology research lab, which was something I really enjoyed,” she added, before pointing out that she subsequently applied for research funding to the Health Research Board to come back to Ireland to establish her own research group.

Karen, whose older sister is a physiotherapist, returned to Ireland in January 2012 and started her own research group.
And, as she confirmed; “I have never looked back”.

She is a regular visitor to Arva and recalled some very fond memories of the area when she was growing up.