'The rot set in when I lost that brand', says long serving Longford businesswoman 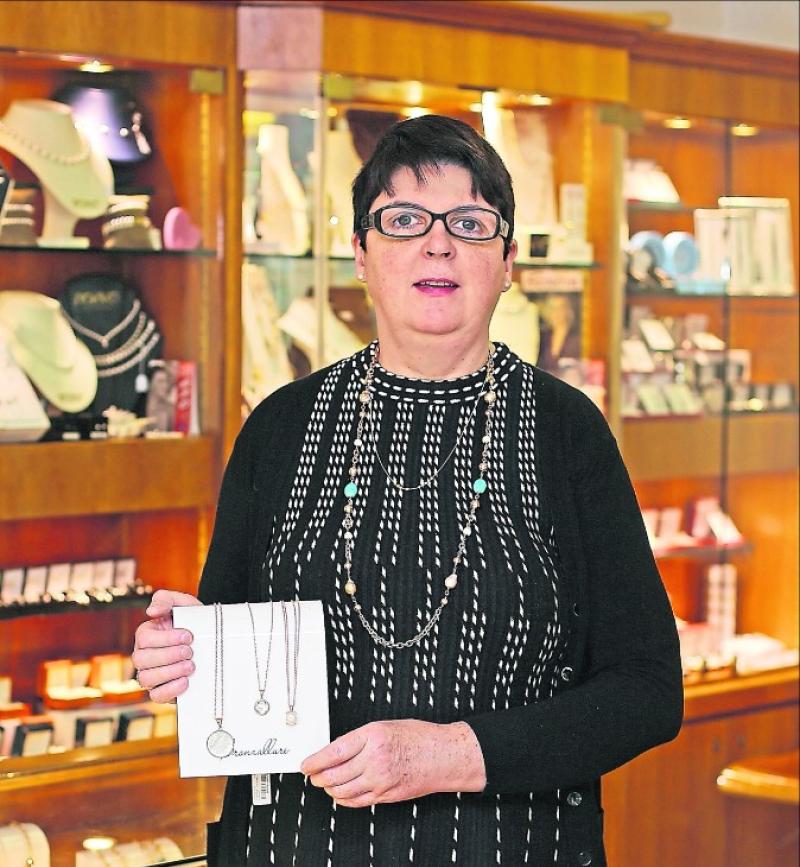 Therese Durkin said she felt she had little option but to pull the shutters down on her business earlier this year. Photo: Shelley Corcoran

After 62 years trading in Longford town, Durkin’s Jewellers on main street called time on its endeavours a number of weeks ago.

Therese Durkin has been running the business for the last 32 years and she told the Leader that it was no longer financially viable for her to keep going.

She says the business took a tumble two years ago when she lost a major brand at the store.

This, she says, was the beginning of the end, although she did not realise it at the time.

“The rot set in when I lost that brand; it really was a massive blow to me,” she added.

“Because of that particular brand, people were coming from other counties to buy it, so for me when that went, a huge chunk of my business went overnight.”

Meanwhile, Therese put her best foot forward, as they say, but it was becoming an uphill battle to stay afloat.

Then Brexit happened and sales at Durkins went down too in September and October, and for the first time ever, the business sold no diamond rings at Christmas - a time when loved up couples often accept proposals of marriage along with the diamond ring!

“In the second year after the major brand went, losses continued and the situation did not improve,” Therese continued, before pointing out that August, traditionally a busy month with tourists and visitors from the UK, failed to produce results.

“We had no UK visitors last August and that was because of Brexit and the situation with sterling; then it was back to school, Halloween, etc and we had no money coming in.”

Therese says that online shopping also impacted negatively on the business and she also pointed out that young people want “cheap and cheerful” these days and go to Penneys for their jewellery.

“People don’t want quality jewellery anymore - they want cheap and cheerful and they want to be able to change the jewellery to match the outfit,” she continued.

“We are living in a throwaway society with little value on anything.

“I feel I am hitting my head off a brick wall now.”