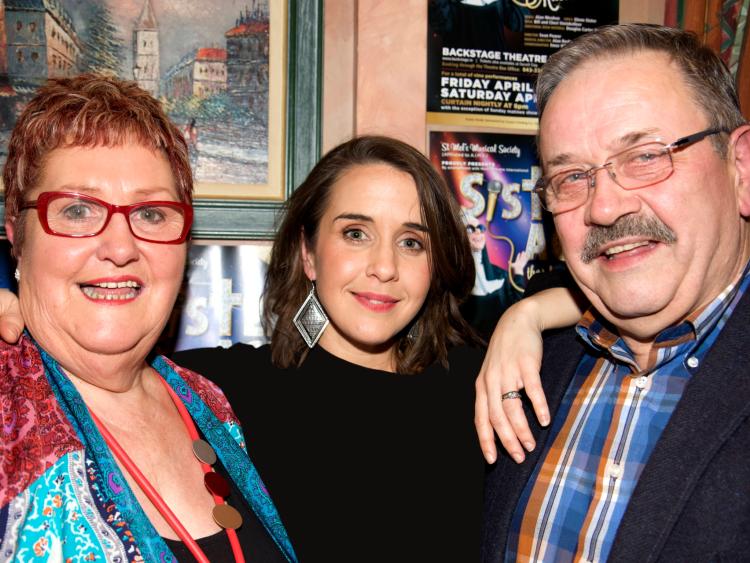 Janice Gibney, who is playing the lead role of Deloris in 'Sister Act', pictured with St Mel's Musical Society stalwarts, her mother June and father Robert Belton, at the show launch last week.

The sold out St Mel’s Musical Society production of ‘Sister Act’ opens in Backstage Theatre this Friday night, April 20, and runs until Saturday April 28 for a total of nine performances.

The cast of 50 are extremely excited in the countdown to the most eagerly awaited show, the 40th Anniversary production since the revival of Longford musical society in 1978, and playing the lead role of Deloris is Janice Gibney (Belton).

‘Sister Act’ is the feel-amazing musical comedy based on the hit 1992 film that has audiences jumping to their feet!  Filled with powerful gospel music, outrageous dancing and a truly moving story, ‘Sister Act’ will leave audiences breathless.

A sparkling tribute to the universal power of friendship, ‘Sister Act’ is reason to REJOICE!