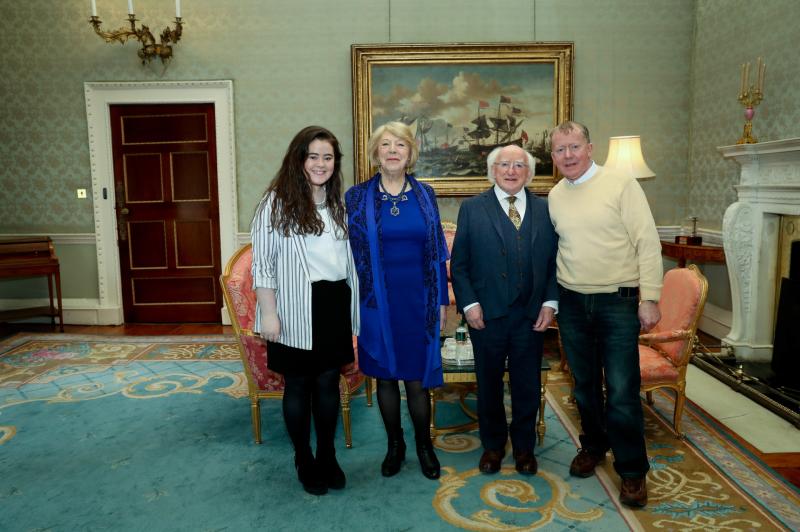 Lanesboro man Sean Casey has been honoured for his work with aid agency Concern Worldwide at a special reception at Áras an Uachtaráin.

The south Longford man was recognised by the head of the Irish State for his outstanding contribution to Ireland's largest aid and humanitarian agency as it celebrated its 50th anniversary.

Over 170 volunteers, supporters and staff were among the invited guests at the event.

All eyes, however, were firmly fixed on Mr Casey in terms of the his own input in raising crucial funds in order to help some of the world's poorest people transform their lives.

Mr Casey is the lead street collection organiser in Newtowncashel and has been involved in the annual 24 hour Concern Fast and church gate collection since 1987.

He previously worked overseas as a volunteer engineer for Concern and organised a local fundraising group for the organisation on his return.

Concern CEO Dominic MacSorley heaped praise on those honoured and paid tribute to the incredible generosity of the Irish public, which has helped the organisation to reach many millions of people over the past 50 years.

“The response of the Irish public was phenomenal. Images of war and starvation broadcast into homes across Ireland tapped into the instinctual empathy and generosity of a nation and this is what has continued to sustain Concern over the past 50 years.”

President Higgins added that Concern has been “to the forefront of addressing the great issues of our time”.

He said: “Through your work you crafted a vital bridge between the Irish people and some of the poorest people in our world.

"Thank you all those of you who have worked for and with Concern over the years for your compassion, your courage, and your dedication to supporting the lives and building the capacity of the poorest people of the world.”