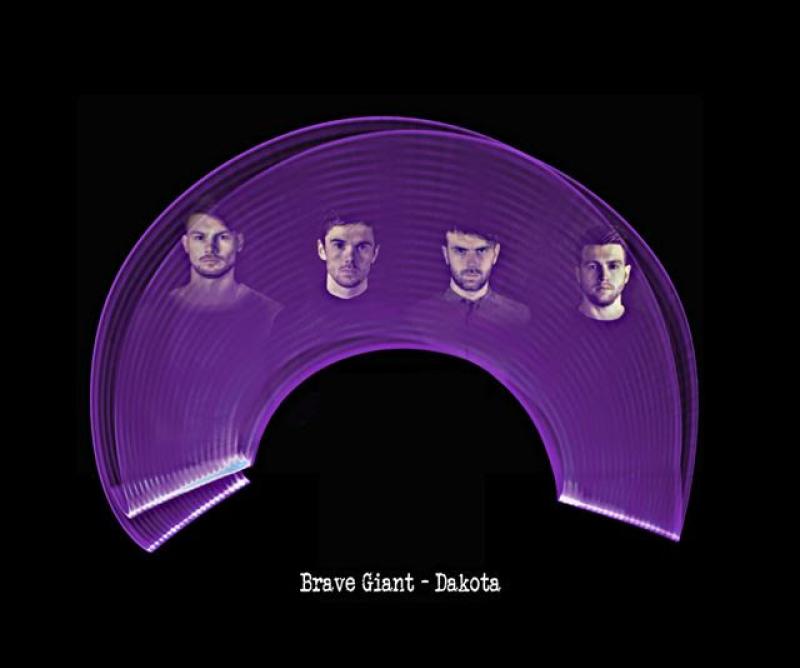 It's no secret to the rest of the nation that Brave Giant is one of the biggest bands to come out of Longford in the past few years.

And, with their online views and Spotify streams both nearing the one million mark, things are continuing to move in the right direction for the talented local lads.

In fact, Brave Giant have just announced their next Dublin headline show at The Button Factory on Saturday September 22. Tickets priced €14.50 (including booking fee) went on sale last Friday.

The Button Factory concert follows the band’s previous six headline shows, which sold out, over an 18-month period, in the capital.

To coincide with the tickets for The Button Factory Show going on sale last Friday, Brave Giant also released news of their new single, 'Dakota'.

The song is already a major hit in the band’s live show, and this single version will be released on April 12, with pre-sale live later this month.

In addition to announcing the band’s new headline show, Brave Giant will also perform alongside Hudson Taylor on their upcoming Irish tour.

The band is also confirmed to play Sea Sessions 2018 on Sunday, June 24, and The Groove Festival on Saturday July 7.

The lads have received some wonderful support from Irish radio since their first commercial single ('Lordy Lordy', in 2016).
The last two years have been remarkable for the independent band.

Their single, 'The Time I Met the Devil' (2017) has enjoyed almost 100,000 views alone and features Irish actor and comedian, Joe Rooney, adding to the band’s impressive overall tally of one million online video views.

It was this song that also resulted in a Late Late Show invite last spring, shooting the Longford lads onto a national stage and building perfectly on the band’s growing list of followers.

2017 was one of the best years yet for Brave Giant, for a number of reasons.

The Longford-based four-piece celebrated its first official number one on iTunes, played to an enthusiastic, and large band of followers (and some new fans too) on their debut Longitude outing, sold out a number of regional headline Irish shows, together with making a trip stateside for the Milwaukee Irish Festival, and a headline show in Rockwood Music Hall in New York.

The year concluded with Brave Giant playing their biggest headline Dublin show to date at The Academy.

It was the band’s sixth consecutive headline-show to sell out in the capital.

Their love of Irish music is evident in their sound, a skilfully achieved blend of rock, folk and alternative influences.

To keep up to date with Brave Giant, see @BraveGiantOfficial on Facebook.