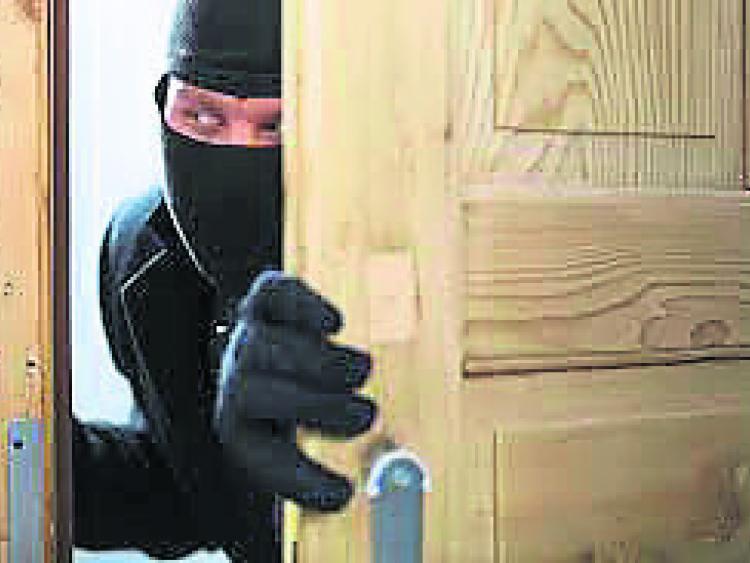 Kearney's Filling Station in Granard has been robbed 15 times over the past 32 years and the most recent burglary took place in November of last year.

Grace Kearney told those gathered at the recent crime meeting in Abbeyshrule that her family has done everything in its power to secure the premises in an effort to prevent further crime, but after the most recent incident, it appears those efforts are in vain.

"We have installed full concrete ceilings, double lined walls, the installation of shutterings, CCTV cameras, alarm system - you name it, we have it, but lo and behold we get broken into very often," she added.

"On November 20, 2016 we were the victim of a burglary again, but this time it was the most malicious crime perpetrated on us in all the years we have been there; they broke in through the front of the shop, put foam in our alarm and were in our premises for practically the whole night.”

Those at the meeting heard that the burglary happened on a busy Saturday night in the north Longford town, yet nobody saw anything!

"My mother went in to open up the premises the next morning - like she does every Sunday morning and she knew straight away that something wasn't right, so she rang my husband.

"We headed off into the town to meet mammy and it emerged that we had been the victim of yet another break-in.”

Grace said that at least €15,000 worth of damage had been caused.

"They ripped down the ceiling and damaged the CCTV cameras and system," she continued before pointing to the fact that the family was subsequently forced to replace all of that and more!

"They stole the cigarette machine which is always a target and that contained about €15,000 worth of stock as well as €7,000 worth of cash."

Grace added that that, however, was not the biggest problem the Kearney’s endured that night.

She said the burglars went through all the documents at the shop - reading all the mail and the family found it particularly distressing to discover that they had been on the premises “for practically the entire night”.

“We have now strengthened our alarm system at a cost of €7,000 and to be honest with you if we are broken into again and this doesn’t work, we are just going to give up.

“Mammy has the system connected to her phone now, but she is constantly logging on at night time to make sure the premises is sound.

“This is a woman in her 60s who is not sleeping at night now because she is too worried about her business and is constantly checking her phone to make sure it is okay.”

Grace also pointed out that if the family is away at any stage, members are constantly worrying about what is going on at the shop, and if everything is okay there.

“One of the biggest fears we have now is if mammy and daddy are safe in the shop during the day; while we have been broken into 15 times at night, it is a major concern now that this will happen during the day, and if it does, will my mother in her 60s be there when that happens?

“Mammy is afraid all the time now - she is afraid at home, afraid everywhere, we have no money anymore in either the shop or the house because we are terrified to have money anywhere.”

The Granard woman also said that the robberies have also impacted negatively in the local community.

“After mass every Sunday the children come into the shop for sweets and there was one child in particular who was absolutely terrified after the shop was broken into the last time,” she added.

“This has not just affected us and our family, but it has had an negative impact throughout the whole community in Granard.

“Our petrol station is right beside a row of houses - the people living there are all terrified and the last time we were robbed, they also tried to break into the local school.

“So it does impact on everyone, it impacts negatively on the whole community.”