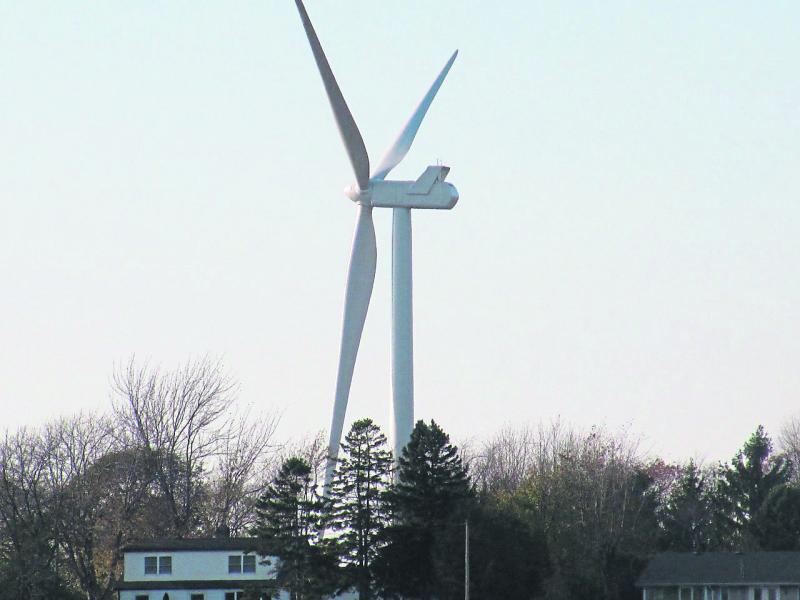 Bord na Móna has said it remained focused on pressing ahead with its plans to construct a multi million euro wind farm in south Longford despite attempts by local politicians to hike development levies over their introduction.

County Councillors voted to introduce a charge of €70,000 per Megawatt (MW) for non domestic wind turbines at its monthly meeting last week.

That came on foot of an appeal by Cllr Mark Casey who called on his fellow councillors to stand firm in their previous moves to block the plan.

"Let's put this in context here," he exclaimed.

"We go out to Lanesboro and we can look at the power station chimney, we put another chimney on top and we go up another quarter again and put it on top of that.

"That is the height of these. Sixty tonnes of concrete into the ground, 37km of road through our bogs.

"This is absolute genocide to our local area."

Fianna Fáil's Seamus Butler suggested the more moderate charge of €25,000, warning that if the €70,000 levy was introduced it risked being dismissed at planning stage.

"If we charge something that is so out of kilter with every other county it will be shot down on appeal," he said.

"It's a nice stand to make but you have to look at the bigger picture."

Cllr Casey hit back at those calls by accusing Cllr Butler's party of backtracking on what councillors had previously agreed.

"If Fianna Fáil want to flip flop on this again, then let them flip flop," he stormed.

Cllr Colm Murray attempted to bring some structure to proceedings with the Kenagh politician pressing for solar and other renewable forms of energy to be capped at just over €7,000.

"It's no harm for us to encourage people of landowners to use solar energy and to have a reasonable charge," he said.

It was a plea which met the approval of the Chamber with Cllr Casey and Cllr Butler's counter proposal being put to a vote.

As it transpired, the former's demand for a €70,000 levy on non domestic wind turbines won out, with 13 councillors voting for the measure and four siding with Cllr Butler's alternative proposal.

In a statement to the Leader, however, Bord na Móna insisted the events of last night have done little to alter their plans concerning a proposed wind farm in Derryadd.