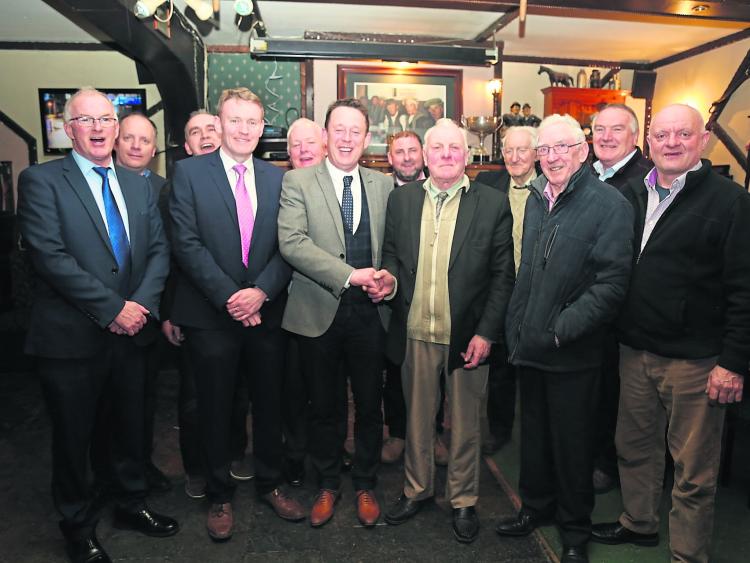 The jubilant scenes which greeted Mr Hagan's confirmation to succeed outgoing Cllr John Duffy paled in comparison to what had gone before.

More than 300 eligible voters lined the corridors of Colmcille Community Centre, all eager to play their part in selecting the party's newest county councillor.

The fact it was held in Mr Murtagh's backyard had stirred talk in the lead up to Monday night's contest of the LCRL employee perhaps coming out on top.

Not that the former Colmcille star was giving off any semblance of self-assurance as he, together with messrs Hagan and Kilbride lurked at opposite corners of the hall while voting got underway.

Speeches from Fine Gael general election candidate Cllr Micheal Carrigy, Peter Burke TD and chairperson Senator Frank Feighan kept those who waited behind on tenterhooks while votes were being counted.

Shortly after 9pm, the “white smoke” Senator Feighan had been longing for finally arrived, and with it came scenes of unreserved jubilance as Mr Hagan's election was confirmed.

The narrowness of his victory wasn't publically announced, but a quick glance at the results sheet afterwards showed the Killoe teacher had attracted six more first preference votes (102 to 96) than Mr Murtagh and 19 more than Mr Kilbride.

Even when the latter's 83 strong haul were redistributed, it showed Mr Hagan had in fact stretched his lead to nine (140 to 131).

Taking to the stage moments later, the NUI Maynooth graduate struggled to contain his emotions.

“I'm shocked and surprised,” he said, while thanking the two men who had nominated him - Fine Gael Killoe branch chairperson Jim McGoldrick and secretary Sean Murray.

“We have a fantastic team of councillors in Longford, a team I want to join and to fight tooth and nail for north Longford,” he said.