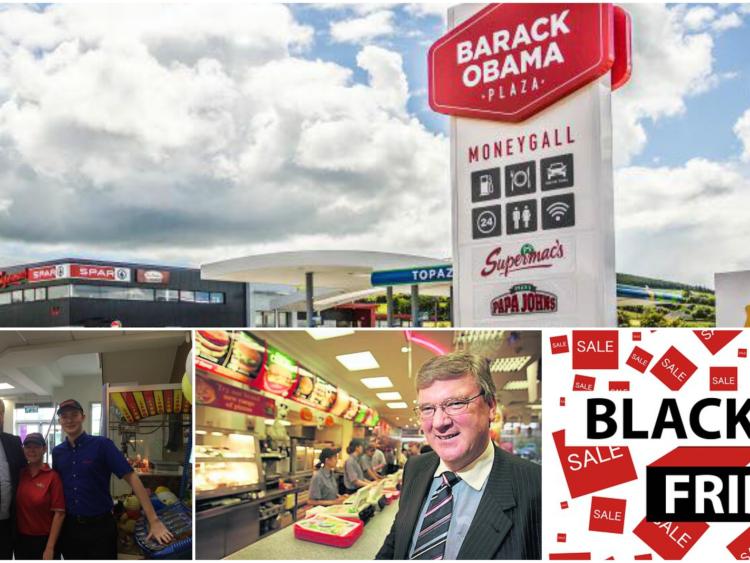 Supermacs founder Pat McDonagh is to lodge plans for a multi-million euro service station in Longford town within the next two weeks, the Leader understands

Irish fast food chain Supermac’s are on the brink of lodging plans to build a Barack Obama-style plaza on the outskirts of Longford town.

The Leader broke details back in November owf the firm’s intentions to bring 80 new jobs to the county when its founder and managing director Pat McDonagh addressed a business breakfast in the Longford Arms Hotel.

Mr McDonagh revealed he was targeting Longford as his next destination in extending the restaurant chain’s unique service station mix, similar to the one in Moneygall, Co Offaly which opened in 2014 at a cost of around €7m.

The Galwegian has already made significant progress in keeping with those plans, thanks to his recent acquisition of a key piece of land just off said off the main Ballinalee Road.

Now, it would appear Mr McDonagh is on the cusp of officially following through on that proposal by lodging plans with Longford County Council.

In a planning document seen by this newspaper, Mr McDonagh and his wife Una, through their Atlantic Enterprises Ltd company, have outlined plans to construct a new service station at Lisnamuck, Ballinalee Road, Longford.