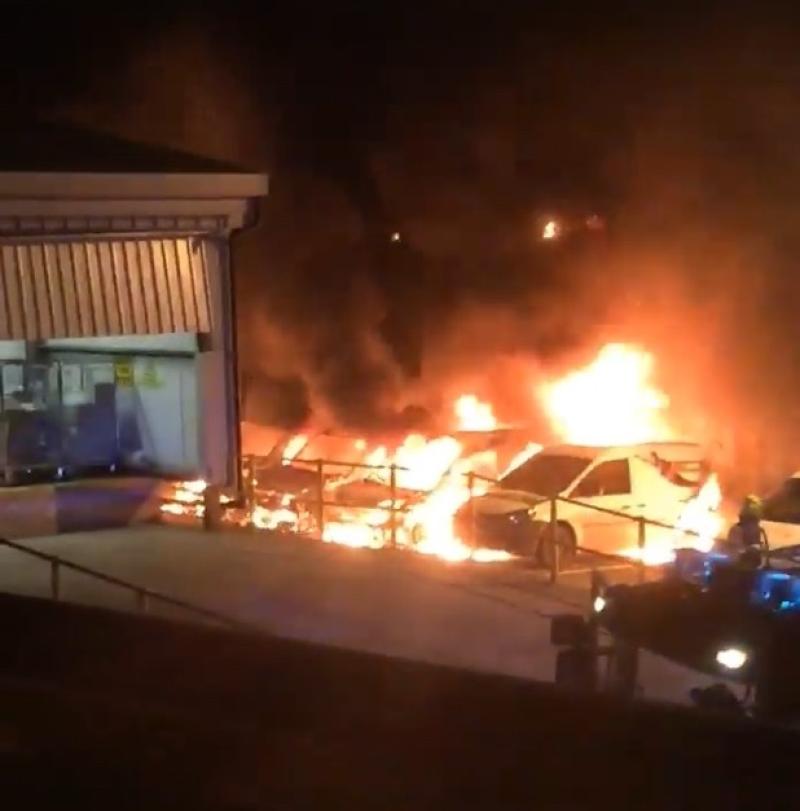 The scene of this evening's fire in Longford town. Photo by Lisa Leavy

Members of the public that witnessed the flames and smoke billowing from the blaze that broke out at the rear of the post office in Longford town earlier this evening have praised the Longford Fire Service for their swift response to the fire.

Emergency services arrived at the scene at approximately 8pm and a Garda spokesperson has confirmed to the Leader that a post office van that went on fire, at the rear of the post office.

A number of other vehicles were also damaged in the fire.

The fire has since been extinguished and Gardaí say that criminal damage is not suspected.