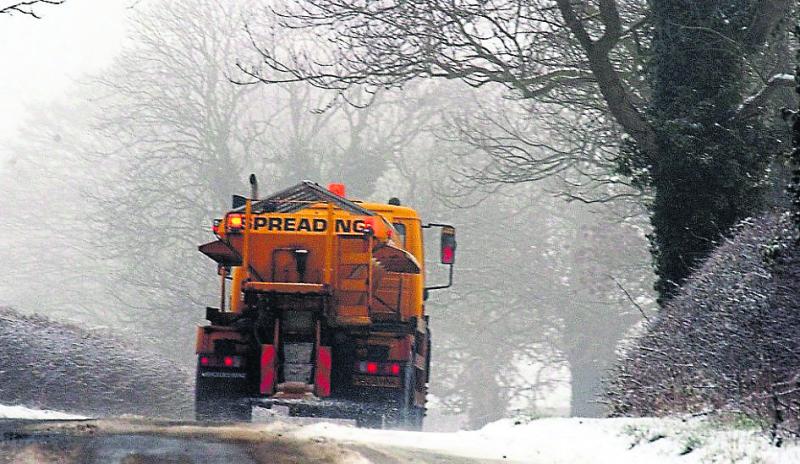 Noise levels from a salt barn used by Longford County Council gritting lorries to treat the county’s roads network during inclement weather conditions has been described as “horrendous” sparking calls this week for its relocation.

Local politicians want to move the facility, which is located along the Park Road, to a new home on the outskirts of town with direct access to the main N4.

Several elected members voiced their concerns at its monthly meeting after receiving a string of calls from local residents.

Cathaoirleach Cllr Mae Sexton said the location of the barn had been one which was reluctantly agreed to by the former Town Council.

The National Roads Authority (NRA), since rebranded as Transport Infrastructure Ireland (TII), had effectively forced the hand of the Council to proceed to a Part VIII public consultation process.

“At the time I still didn’t agree with it but we were sure that the silence that was required in a built up area at night would remain,” she said.

“We didn’t expect that there was the kind of noise level that is there now and it is very significant.

“I agree it (noise) only happens at this time of year but if you are trying to get up or or if you are on shift work in those houses above it or around it the noise is horrendous.”

Cllr Sexton said the most opportune location for the barn was adjacent to a main carriageway like the N4 and away from built up residential areas.

In asking for a letter to be sent to TII outlining the Council’s misgivings on the topic, she received strong support from Cllr Peggy Nolan.

“There are people with very severe medical needs and their take on it was: ‘Yes it’s an inconvenience, yes it’s waking me up at night’ but they were reluctant to complain because they might have been putting lives in danger,” said the Fine Gael local representative.

“They fully understand the importance of gritting but I think it behoves us now to write a very stiff letter to the relevant authority advising them that it’s not placed correctly and that it’s causing untold hardship to people living in close proximity to it.”