Longford parade to rival best Ireland has to offer 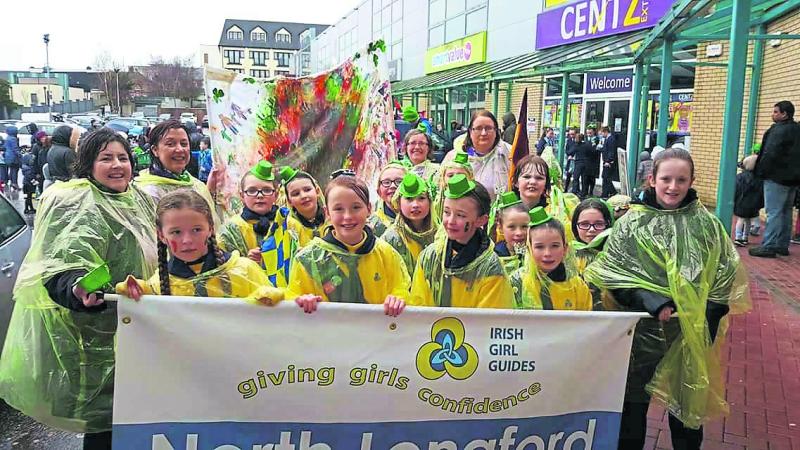 The annual St Patrick’s Day parade goes ahead in Longford town on Saturday on what will hopefully be a memorable sporting day for the nation as the Irish rugby team chases down a historic Grand Slam title.

This year the parade viewing stand and main focal point returns to Ballymahon St. The organisers switch it each year between Ballymahon and Main Streets.

It is expected that up to 4,000 people will be in town for the parade and hopefully if the weather stays reasonable it will set the afternoon up perfectly for the big match.

Longford Chamber of Commerce are delighted to honour Cystic Fibrosis campaigner, Jillian McNulty, as the grand marshal at the annual St Patrick’s Day parade in town which goes ahead as per tradition at 1pm on Saturday, March 17.

The recognition for the young Co Longford woman follows her heroic campaign to secure access for CF sufferers to the groundbreaking new drug, Orkambi.

Despite illness Jillian have never shied away from the limelight and has been a tireless, patient advocate and only recently organised a hugely successful fundraising ball for CF Ireland literally from her hospital bed.

It is the latest well deserved recognition for the popular woman who was named Longford Person of the Year towards the end of 2017.

There is also a new MC this year and that honour goes to Longford town native and RTE journalist, Sinead Hussey.

Currently on maternity leave from RTE following the birth of her beautiful daughter, Aoibhin, Sinead never misses a chance to wear the Longford jersey and is a great champion of Longford causes and event.

For the honour of singing Amhrán na bhfiann, the organisers are delighted to be able to announce that it will be delivered with gusto on Ballymahon St this year by a wonderful young singer from Longford, Alex Sheridan.

A student at St Mel's College, his role compliments the theme of this year's parade perfectly: 'Oige Longfoirt - Ár dtodhchaí' - 'Longford's Youth is our future.'

The parade will get underway at 1pm sharp and will be finished in time for the what we are opening will be the epic final match in the Six Nations Series, England v Ireland from Twickenham at 2.45pm.

Meanwhile Chamber President, Niamh Donlon, said there has been a large number of entries whilst encouraging local community and sporting groups to get involved this year also.

She said at the recent launch: "It is a great opportunity to showcase your group or club and it is also a very enjoyable experience."

The President also went on to pay tribute to Martina Glennon from Optimum Events, the local events management company, who are back on board as organisers for this year's event. Said Niamh Donlon: "It is very much a collective effort and it is all about showcasing the very best that Longford has to offer."

This year's parade will also welcome the return of our twinning friends from Noyal Chattilon Sur Seiche in France and they will feature prominently in the annual celebration.

This is also the 20th anniversary of the twinning with the French town and a full programme of event is organisers for the popular visitors during their short stay in the county town.