Launch of much anticipated 'The Ruin' at Longford Library 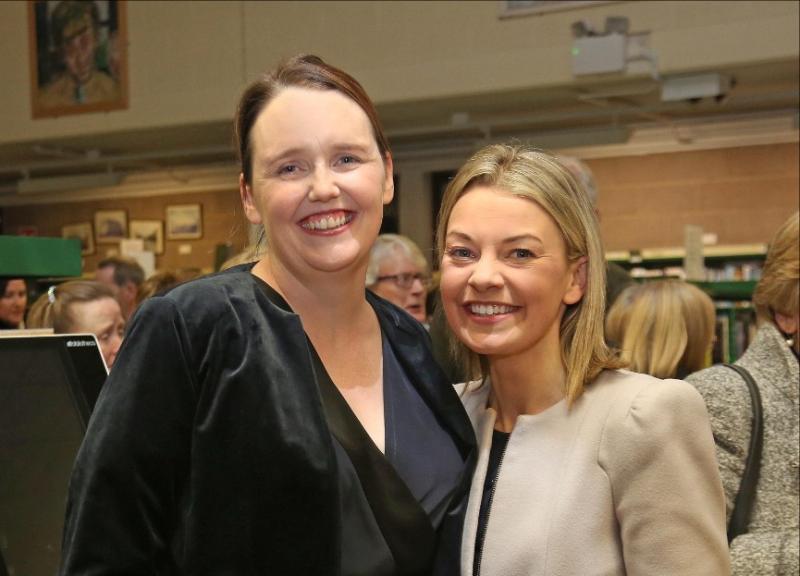 Dervla McTiernan and Lorna Quinn at the launch of 'The Ruin' on Monday night. Photo: Shelly Corcoran.

Large crowds gathered at Longford Library on Monday night for the launch of Dervla McTiernan’s debut novel ‘The Ruin’.

Dervla who now lives in Perth, Australia has strong connections to the county with her father Enda McGowan hailing from Newtownforbes.

The author herself spent a lot of her childhood in the south Longford village exploring the area and playing with her cousins, the Quinns.

Speaking to the Leader on the night, Dervla said that her “magical” childhood memories extend to the exploration of Castleforbes and indeed, this may have sown the seeds for setting the scene in her much anticipated ‘The Ruin’ which is already receiving rave reviews.

While admitting that, perhaps she was somewhat bias, she was adamant there was no doubt in her mind that her cousin’s book was a “masterpiece”.

“It is an honour to be here tonight and it is wonderful to see someone like Dervla gain the recognition and attention she so solely deserves due to her talents as a writer, storyteller and now an accomplished author,” continued Lorna, before pointing to the fact that she had the privilege of reading The Ruin a couple of months ago.

“I was gripped from beginning to end; I got to page to page 80 in the book and was so much impressed by the story, the plot twists and turns and the characters that I felt compelled to get in touch with Dervla just to tell her how impressed I was.

“This story is powerful.”

The former Fair City actress went on to say that The Ruin was mixed with characters that were dark, mysterious and shady as well as with ones that we could  all relate to and sympathise with.

“I urge you all to read this book and follow Garda Cormac O’Reilly’s quest to get to the bottom of a case that took him 20 years to forget,” she smiled.

“I can assure you that you will not forget Dervla McTiernan’s name after reading this book; Dervla’s name is one to watch and I want to congratulate her on her wonderful success to date.

“I wish her all the very best in her future writing career.”

For a full interview with Dervla McTiernan, see next week’s Longford Leader!

From Australia to Longford: Author returns to launch novel