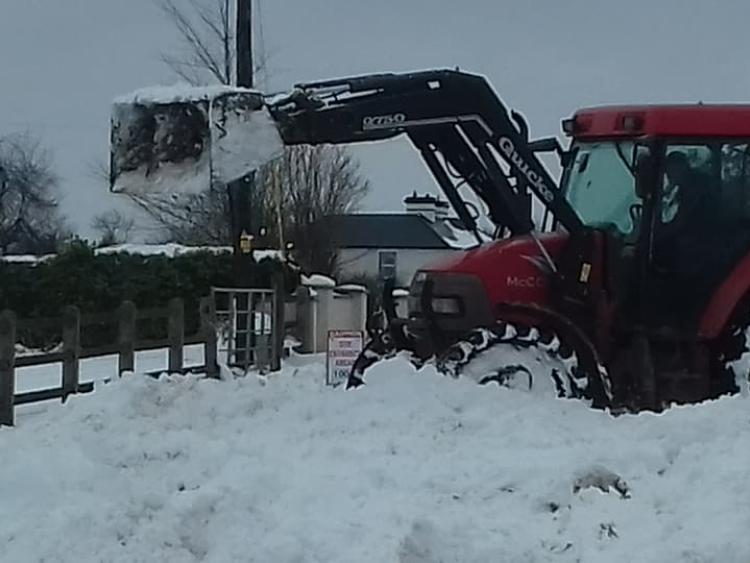 Members of the local community in Lanesboro were out in force this morning to clear snow drifts in the area.

Members of the local community in Lanesboro gathered at Lehery Hill this morning to clear snow drifts in the area.

Cllr Mark Casey (Ind) who was also there said roads in the area were "very bad" today.

Cllr Casey also thanked those who supported this morning's cause at  Lehery Hill.

Meanwhile, Martin Cosworth in Mullinalaghta was on the road early this morning with his JCB clearing parts of the Kilmore Road which was impassable.