Over €500k stolen from Mullinalaghta pensioner 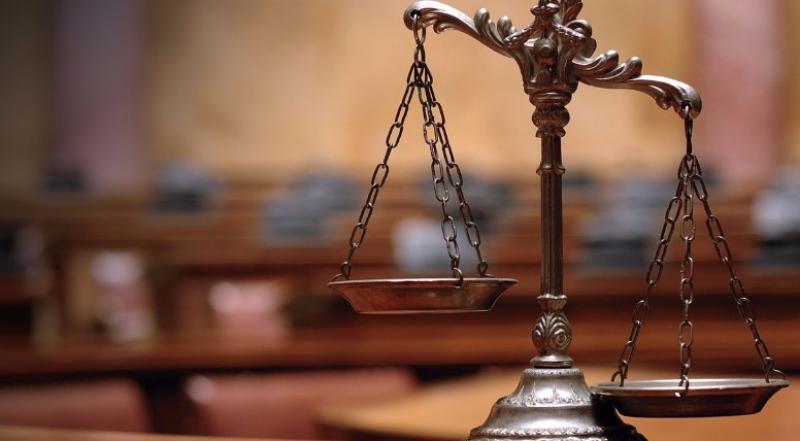 A man who defrauded a north Longford pensioner out of €500,000 of his life savings was spared jail after a number of people including his son asked the court to exercise leniency during sentencing.

PJ Devine, Ballybay, Co Monaghan appeared before Judge Keenan Johnson at Longford Circuit Court where he pleaded guilty to four charges that included the theft of £5,000 in November 2000 from Tommy Kyne, Derrycasson, Dring, Co Longford; appropriating a property, valued at £150,000 belonging to Mr Kyne without his consent in 2008 and dishonestly appropriating another property valued at £54,000 in 2004.

He also pleaded guilty to stealing £5,000 from another north Longford couple in May 1999.

Outlining the evidence to the court, Mr Shane Geraghty, Counsel for the State said that Mr Kyne had invested a total of €700,000 with the defendant and only ever received, during his lifetime, one payout of €150,000 from Irish Life.

“If growth was factored in, the losses would be substantially more,” Judge Johnson remarked.

In April 2013, solicitor Mark Connellan attended a meeting with Mr Kyne at the nursing home in which he was resident to take instructions from the north Longford man about making his will.

The court heard that Mr Kyne, who was 80-years-old at the time, told Mr Connellan that he had invested sums of money over the years and wanted to get all his financial affairs in order.

Mr Geraghty went on to say that Mr Kyne gave details to his solicitor about the benefactors of his will, after he was gone, and indicated that the money he invested was in Irish Life policies.

Counsel for the State went on to say that Mr Kyne had asked his brother John to gather the various receipts and investment reports from Irish Life in respect of those policies but when he did so, it emerged that some of the policies did not exist.

Detective Garda Jim Donaldson then told the court that when it emerged there was an issue with the Irish Life policies, he began an investigation into matters.

Detective Garda Donaldson informed Judge Johnson that he discovered investment bonds that appeared to be making money for Mr Kyne, but were in fact not genuine.

“Other documents purported to be from Irish Life & Permanent, but they were not genuine either,” he added.

“When Mr Connellan sought clarification with Irish Life in respect of the policies, he discovered one in existence - valued at €150,770 - and this sum of money had already been paid out to Mr Kyne.”

The court was then told that it was at this point that Mr Connellan contacted Mr Devine so that he could establish exactly what was going on.

“Mr Connellan had a suspicion that there was foul play,” added Mr Geraghty, before pointing out that a meeting was subsequently organised at the nursing home with Mr Kyne, his brother John and Mr Devine.

“A request was made by Mr Kyne for €5,000 to tide him over and that money was handed over by Mr Devine - in cash.
“It is not normal procedure for an official to hand over cash in this manner.”

Judge Johnson was then told that Detective Garda Donaldson later met with four representatives of Irish Life and was informed that Mr Kyne had only ever made one investment with the insurance company.

“I was then informed that Mr Devine had been employed by Irish Life back in the 1980s but his employment was terminated in 1998,” added Detective Garda Donaldson, before indicating to the court that receipts issued by Mr Devine to Mr Kyne in respect of a number of investments were evident in the book of evidence.

“Receipts for money handed over had been issued on Irish Life paper and purported to be genuine, but after further investigation these documents were found to be false.

“We knew that this was fraudulent documentation.

“I formed the opinion, then, that Mr Devine had stolen large sums of money from Mr Kyne.”

Mr Devine, he added, had taken them to his office in the garage and produced 61 documents in respect of Mr Kyne.

Mr Devine was subsequently arrested and detained under section 4 of the Criminal Justice Act.

The court was told the defendant was interviewed twice by gardaí in relation to matters and had made full admissions and fully cooperated with members.

Mr Geraghty then outlined the relationship that existed between Mr Kyne and Mr Devine.

He said the pair first met around 1988 when Mr Devine had encouraged Mr Kyne to set up a pension plan.

The court heard that Mr Devine got to know Mr Kyne well as the years went by and considered him to be a friend.

“You say you were is friend, but the way you treated him,” a clearly bewildered Judge Johnson said to the defendant.

The court was then told that during interviews with gardaí, Mr Devine said; “I took the money; I had debts and I used the money to pay those debts. I had intended to pay the money back.”

Meanwhile, Counsel for the State said that the defendant “acknowledged” his role in taking the money and preparing receipts.

During gardaí interviews, Mr Devine said; “I gambled hard; I drank hard, I wasn’t supporting anyone else”.

The defendant also confirmed that he had designed Irish Life documents and brands on his computer and that he led Mr Kyne to believe they were genuine.

Mr Kyne was also led to believe that his investments through Mr Devine were also genuine.

He told gardaí during interview; “I took the money; I had debts and I used the money to pay those debts.”

Detective Garda Donaldson then told the court that Mr Devine’s marriage has since broken up and he had turned his life around after spending time in Cuan Mhuire.

Mr Devine also pointed out that he would be willing to pay €50 per week from his social welfare into Mr Kyne’s estate.

The court heard that Mr Devine was deeply involved with Cuan Mhuire in Co Monaghan and was the organisation’s authorised fundraiser.

“Do you handle the money?”, asked Judge Johnson.

“I want to express my deepest remorse and regret all the trouble I have caused through my own actions.”

Mr Devine’s son Barry then apologised sincerely to the families impacted by his father’s behaviour.

“My father has turned his life around and is a kind man who has suffered the evils of alcohol and gambling addiction,” he continued.

“He is loved by his family and I would like to appeal for leniency for him on behalf of my family.”

Meanwhile, in mitigation, the defendant’s solicitor Mr Smith said his client’s cooperation with the Garda investigation into the matter had resulted in a speedy conclusion to the case for the State.

He also pointed out that Mr Devine had addressed his difficulties and was now “a serious advocate” of Cuan Mhuire.

“He has had a serious fall from grace and now lives in a flat over a pub; he is also in receipt of disability allowance.”

During his deliberations on the matter, Judge Johnson said that the case before him was an “outrageous case” of theft, deception and the production of false receipts.

“These offences carry a custodial sentence but taking into the account the interests of society and the Kyne family, the more compensation they can get will be of benefit,” the Judge added.

“I’m not going to impose a custodial sentence.”

The Judge ordered the €60,000 to be handed over to the family of the late Tommy Kyne and asked that a full affidavit of Mr Devine’s means be furnished to the court on May 3, 2018.