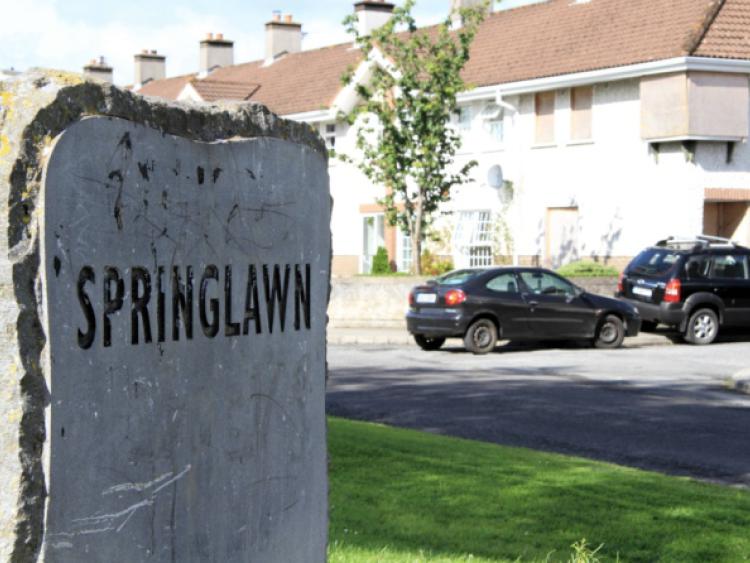 The mother of a young Longford man who was slashed with a knife in the face two weeks ago, has said her family is not part of an ongoing feud in Longford town.

Lena Doyle’s son Martin (19) received his injuries after he went to the aid of his 14-year-old nephew who was being threatened with the knife by an older youth outside a house that he was visiting.

His mother says her son - a student and keen footballer - has ambitions to travel and has “never been in trouble in his life”.

“Through his soccer team, Martin has already done a bit of travelling and has been to Madrid and other places,” she continues, before highlighting that Martin “doesn’t smoke or drink either”.

Speaking to the Leader, Ms Doyle said that since the attack a couple of weeks ago, which left her son undergoing surgery at St James Hospital in Dublin, Martin has become depressed, stays in his bedroom and doesn’t leave the house.

Born and reared in Ferefad, Lena alongside her husband left the area 25 years ago, as she says herself, “to rear my children away from Longford town”.

“We thought we were doing the right thing by rearing the children quietly.”

The couple has since returned, and a number of her seven children are married close by.

The Longford woman also has 26 grandchildren and one great grandchild and says her family live quietly.

“The men on the Doyle side have all been involved with soccer and the only social outlet me and my husband has is the Bingo,” she adds.

However, the family was thrown into chaos last month when the youngest of the Doyles - Martin - went up to visit his friend in Springlawn where the pair indulged in a game of darts.

The men, says Ms Doyle, heard shouting and screaming outside and Martin ran out to see what was going on.

“When he saw what was happening to his nephew, Martin ran to save him,” the Longford mother continues.

“He tried to push the lad with the knife away - it was a stanley knife that your man had - but he slashed Martin in the face.

“That man was trying to cut the throat of the 14-year-old when Martin tried to save him.”

Ms Doyle also claims that her son was left lying on the ground while waiting for emergency services and “nearly bled to death” as a result.

He was subsequently taken to the Midland Regional Hospital, Mullingar and then transferred to Dublin for surgery.

Since the incident, Ms Doyle says that videos have been made and then used to taunt her son.

She also adds that she and her husband have been forced to install CCTV, over the last few days, at their home for security reasons.

“There is tension now and those videos are not helping things,” Ms Doyle adds.

“We don’t want trouble, but there is a family threatening to burn us out of the house.

“I am afraid, and someone is going to be killed in this town.”