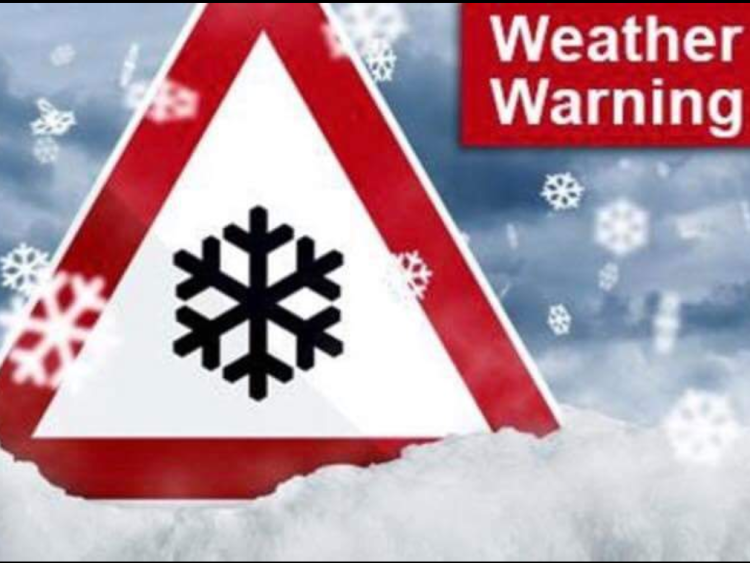 Severe Weather Alert: 'Beast from the East' set to bring 40cm of snow and -10 degrees next week

A weather forecaster has predicted that the worst wintry weather to hit Ireland since 1982 will reach us next week.

Qualified meteorologist from the Midland Weather Channel, Cathal Nolan has said he thinks the national forecaster will issue a red warning on Wednesday of next week with the worst weather expected to arrive on Thursday and Friday.

"Having further assessed the latest run of weather models and carefully pieced together the likely physical makeup of the weather event it now looks increasingly likely that Ireland will be impacted by one of the worst spells of wintry weather since 1982," he warned.

"Heavy snow will begin during Tuesday in Eastern areas and will gradually begin to effect the Midlands during Tuesday, with the snow itself likely to continue right through until Saturday.

The heaviest of the snowfall looks likely to occur on Thursday and Friday, as an Atlantic storm tries to push northeastwards it will interact with the frigid air across the country and will lead to blizzard conditions as heavy snow will be accompanied by winds of between 60 and 80 kph.

While its hard to put an estimate on the amounts of snow we may encounter from this period of time its certainly not beyond the realms of possibility that some areas of the Midlands may see as much as 30-40 cm. What will make the snow even more disruptive will be its potential to drift in the strong easterly winds."

"From Tuesday right through until Sunday the temperatures across the Midlands of Ireland will remain below freezing. Day time highs on Wednesday and Thursday will range between -4 and -2 degrees Celsius. Night time lows during the period may dip to as low as -8 or -10 degrees Celsius in one or two sheltered areas."

"Sub zero temperatures will feel even colder given the strength of the winds and will actually feel more like -6 to -10 during Thursday and Friday in particular when we see the strongest of the winds," he added.

He predicts that schools, businesses and public transport will grind to a halt next week.

"This truly has the potential to become an extreme weather event and with that in mind I have taken the precautionary measure of issuing a Red Weather Warning," Cathal said.

Met Éireann has a Weather Advisory in place for all of next week into next weekend for cold temperatures, with snow showers from Tuesday.
There is also a Status Yellow warning valid for tonight for Low Temperatures in Leinster & parts of Ulster
Latest info https://t.co/X6NncUghZ9 pic.twitter.com/UYuQ1HNQyy