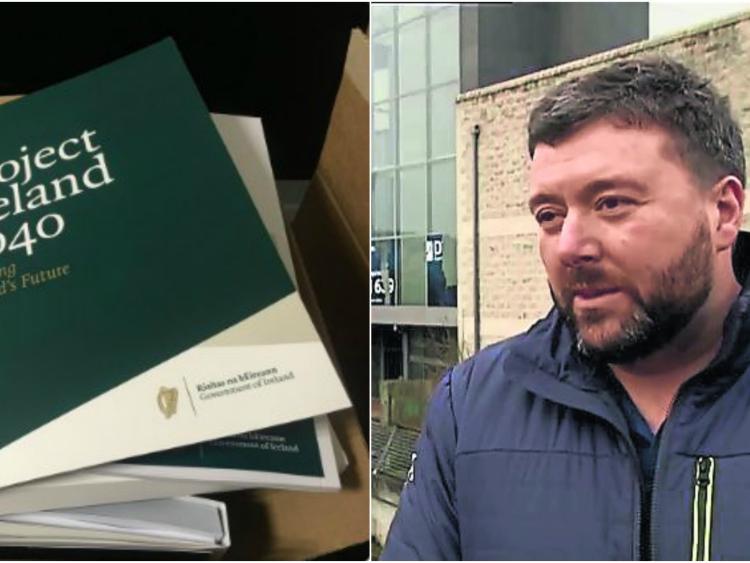 The unveiling last Friday of the Government’s €115bn National Planning Framework and more specifically the widely touted upgrade of the N4 has come in for wholesome praise from politicians locally.

A projected €460m for a 50km stretch linking Longford to Mullingar has been set aside as part of a multi-billion euro investment package aimed at developing the country up until 2040.

The announcement, which has been long sought after both politically and from within the local business sector, not surprisingly engendered an enthused response from those leading that charge.

Longford-Westmeath Fine Gael TD Peter Burke said the commitment was one that would invariably change Longford’s inward investment potential and economic well-being for the better.

“Over the next 22 years, measures are in place to ensure that Longford and its economy will grow,” said the Mullingar based deputy.

“The road network is extremely important for towns like Longford and the upgrade of the N4 is a huge bonus for the many that commute and travel the 50km between Mullingar and Longford on a regular basis.

“This will work to open up Longford and will improve road safety hugely in the region.

“The significant cost it will take for this investment is balanced by the safety improvement it will provide for locals.”

His party colleague and general election running mate, Cllr Micheal Carrigy was equally bullish about the anticipated N4 upgrade by posting a series of videos on his own Facebook page.

“This will give Longford a serious opportunity and we feel this is the changing point for Longford going forward,” he said.

“I firmly believe that we will receive significant industrial investment in the county over the coming years based in this support we have received from the Government.”

In a further vow, Cllr Carrigy said he was willing to hang his political hat on his personal “guarantee” that Longford was ripe for a multi-million euro cash injection.

A large slice of that pot is expected to come from the €1bn handed to Rural Affairs Minister Michael Ring for the regeneration of towns and villages with populations of less than 10,000 people.

Independent Alliance and Longford Westmeath TD Kevin ‘Boxer’ Moran was perhaps happier than most by last Friday’s grand unveiling in view of Athlone’s designation as a special growth centre.

The Westmeath town has already been dubbed ‘the capital of the midlands’ under the new plan, political carrots which came in for much derision by Fianna Fáil Planning and Local Government spokesperson, Barry Cowen.

The Clara native, in an interview with the Irish Independent on Monday, said the only reason Athlone was singled out in the document was to “satisy ‘Boxer’”.

In response, Mr Moran hit back, accusing his Fianna Fáil opposite number of resentment and of “failing miserably” in securing his party’s seat at the government’s top table following the February 2016 general election.

“There’s a lot of jealousy going around,” he said.

“He (Mr Cowen) said to me in the (Dáíl) canteen the other day ‘You will never get it (Athlone designated as a regional hub)'. “But ever since I have been elected, all I have delivered is cold, hard cash.

“This is not about keeping me happy.

“Ever since I have got into government I have never rattled a cage. All I have done is work as hard as I can for the people who have elected me and delivered on what I said I was going to deliver on.”

One of Mr Moran’s Independent colleagues at local authority level, Cllr Gerry Warnock struggled to keep a lid on his delight at the plan’s disclosure, saying it’s publication was vindication for several months of painstaking behind the scenes efforts.

“When the Government announced the Draft NPF in September 2017 and when I seen its contents, opposition to what was proposed was my point of focus from then to now,” he said.

“What was proposed in that Draft would have consigned my beloved county and most of rural Ireland to the scrap heap. Today we won; the people of Longford, the midlands and the north west won.”