Row over girl leads to mayhem in Ballymahon

Defendant hit man in the head with Buckfast bottle 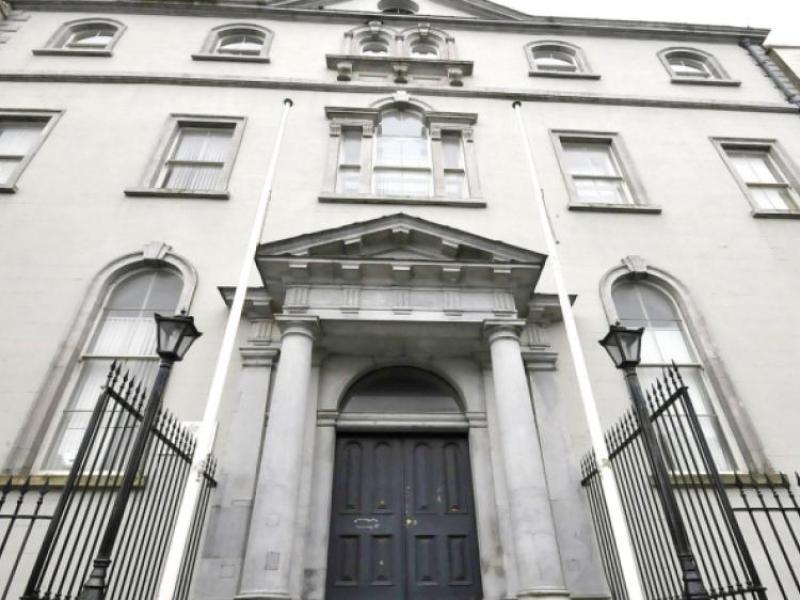 A young man who appeared at Longford District Court last week charged with assault was sentenced to 200 hours community service after he was convicted following a hearing into the matter.

He was also further charged with being in possession of an article (bottle of Buckfast) at Riverside Apartments, Ballymahon, and of assaulting Michael Collopy on the same date.

The court first heard from the injured party in the case.

In his direct evidence to the court, Michael Collopy said that on the date in question he got a call from his son to say that his young friend had gotten into some bother and was surrounded by three lads who had weapons down by the river in Ballymahon town.

Mr Collopy, the court was told, immediately got into his van and went to the area to try and help the youngsters out of the trouble they were in.

“When I got there, three lads had the young fella on the ground and they had bottles in their hands,” continued Mr Collopy, before pointing out that one of the men also had in his possession a piece of wood that had nails in it.

“The lads had the young fella there because they wanted to get to his older brother.”

Meanwhile, the court was told that as Mr Collopy entered the area where the disturbance was taking place, the older brother - Ryan Garland - approached at the same time.

“This lad here - Dara Duffy - and Ryan ran at each other; the lads left the young fella then and Dara made a swing with the bottle for the older brother,” added Mr Collopy.

“He hit him with the bottle - Ryan tried to defend himself, but they both fell into the ditch.

“I went over and tried to help Ryan out and with that I got a massive belt to the head with a bottle from Dara Duffy.
“The other lads surrounded us and I told them to back off.”

Mr Collopy went on to say that he eventually managed to disarm Dara Duffy and made his way to his vehicle when one of the other men came round the side of the van with a knife in his hand.

“I asked him to drop the knife, got into the van and went in search of Ryan,” he added, before pointing out that he headed in the direction of the Mostrim Road.

“Just as I was turning onto the Edgeworthstown Road in Ballymahon, Dara Duffy threw a buckfast bottle at the van, but I kept going because I wanted to find Ryan and the other kids.

“I was trying to get them out of the situation they were in.”

The court then heard that it was only when Mr Collopy later gave the Gardaí a statement in respect of the matter that he realised that he had sustained an injury to his head from the bottle that he was hit with.

The court was told that the injury was to Mr Collopy’s head.

Under cross examination by the defendant’s solicitor Frank Gearty, it was put to Mr Collopy that it was he who had assaulted Dara Duffy and not the other way round.

Mr Gearty also suggested that the witness may not have realised this.

“The evidence will be, Mr Collopy, that you got this all wrong and that all this was to be a fair fight over a girl,” Mr Gearty continued.

“My client received injuries which turned out to be a broken elbow.”

Photographic evidence in respect of these claims were then submitted to the court.

“Is it possible, Mr Collopy, that you injured this man without realising it?,” asked Mr Gearty.

In his evidence to the court, Garda Fitzpatrick said that it was approximately 3pm when he received a call indicating to him that an altercation was taking place at the Riverside apartments in Ballymahon.

He told the court that he immediately went to the scene.

“I went to the area and while there I received a call about an incident on the Edgeworthstown Road in Ballymahon,” said Garda Fitzpatrick.

“I went to the Edgeworthstown Road in Ballymahon and I observed Dara Duffy who I know,” added the Garda before pointing out that the defendant was shouting and roaring on the street.

“He also appeared to be intoxicated.

“Ryan Garland was there also and I was approached by Mr Collopy who was injured.

“Mr Duffy was then arrested and taken to Longford Garda Station.”

Meanwhile, the court heard that gardaí conducted a search of the area where the assault took place.

“I found a Buckfast bottle and I believe this was the bottle used by Mr Duffy,” added Garda Fitzpatrick.

“Mr Duffy was interviewed and he admitted assaulting Mr Collopy but he said he did not use a bottle, he used his fists.”

Mr Duffy then provided his direct evidence to the court.

He told Judge Hughes that he had fallen out with Ryan Garland and the night before the incident in Ballymahon, the pair had decided to have a “one on one” over it.

The court was told the fallout had been over a girl.

Judge Hughes then asked Mr Duffy why he drank Buckfast and the defendant replied that it was cheap and “you get drunk quicker”.

“I bought the Buckfast with me that night and drank it - I suppose it was for a bit of dutch courage,” he added.

Judge Hughes, meanwhile, asked the defendant if he and his friends were all on the Buckfast and if they were drunk?

Judge Hughes then remarked on the defendant’s state of mind at the time of the incident, if he was intoxicated.

“So your collection of events is clear, is it?,” the Judge asked.

“I have shook hands and made up with Ryan since,” added Mr Duffy.

The court then heard that the defendant had three previous convictions all of which were under the Public Order Act.

Meanwhile, Mr Gearty said in mitigation, that the problem for his client was “intoxication”.

“Dara has since taken himself out of Co Longford and is living with his mother in Tulsk, Co Roscommon,” Mr Gearty continued.
“And indeed, I think neither of them got the girl afterwards!”

Following his deliberations on the matter, Judge Hughes convicted the defendant and sentenced him to 200 hours of community service in lieu of three months in prison.

“This is a serious matter,” added the Judge.

“I am convicting you of the offence - there is no doubt in my mind whatsoever, and it is the previous convictions that will determine the whole outcome of this case.

“I can tell you now Mr Duffy, if you are intoxicated in a public place again, you will go to prison.”