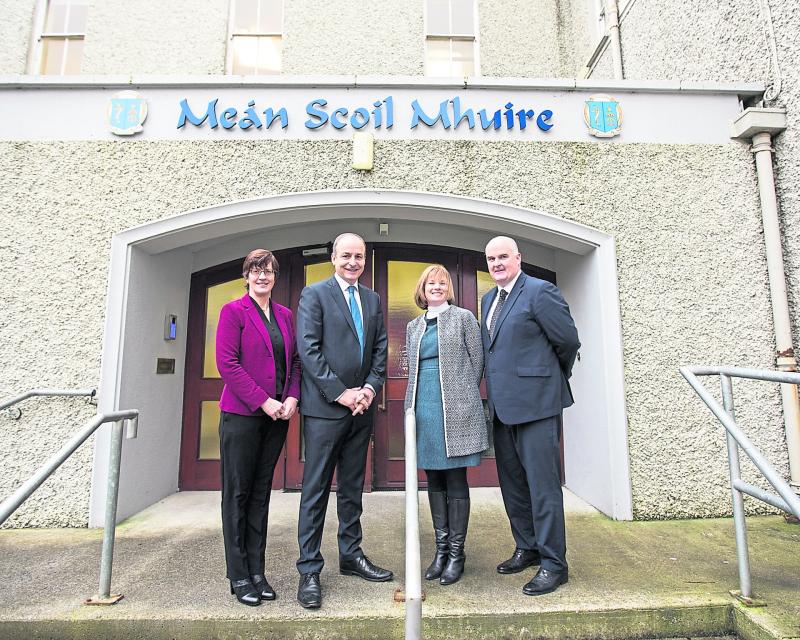 After receiving a warm welcome from principal Aoife Mulrennan, he greeted the students and thanked them for allowing him to share his story with them.

Despite having no initial intentions to get involved with politics, Martin revealed he had always had a strong interest in current affairs, having heard daily reports of the Troubles in Northern Ireland from a young age.

He also spoke of his grandparents being involved in the Irish War of Independence.

Martin went on to study in University College Cork and become an Irish and history teacher, having had a great enthusiasm for both, before running for Local, and then General Elections.

He talked about his time as Minister for Education and passing the Education Act 1998, saying "one of the most enduring passions I have is to make sure every child in the country - every child born in the world, for that matter- should have the opportunity of a good education and a good learning experience."

He gave several pieces of beneficial advice to the students throughout his talk, stressing the importance of "looking out for one another" and supporting each other through challenges and vulnerabilities.

He expressed the need for self-confidence and reaffirming oneself as an individual, saying "the greatest barrier to progression in life is lack of confidence".

He spoke about always trying to make significant changes in the world for the better, using when he, as Minister for Education, decided to make corrected Leaving Certificate papers available to students after exams as an example.

He also assured students not to panic if they feel they are not prepared for the future, especially those unsure of career paths, saying "If you have a passion for something, a love for something, it will take you to the promise land".

Martin was accompanied by Longford/Westmeath Fianna Fáil general election candidate Joe Flaherty, who spoke of his interest in journalism before getting involved with politics.

He also expressed the importance of taking pride in our county.

"Wear that jersey with pride at every opportunity you can get, spread the Longford message," Flaherty said, "Because it has been a great county, it has produced fantastic people, everyone from Maria Edgeworth to Padraic Collum, Ray Flynn, wonderful athlete, wonderful writers."

Cllr Flaherty will run in the country's next general election, which is due to take on or before Monday, 12th April 2021.

Longford has been left behind, claims Fianna Fáil leader