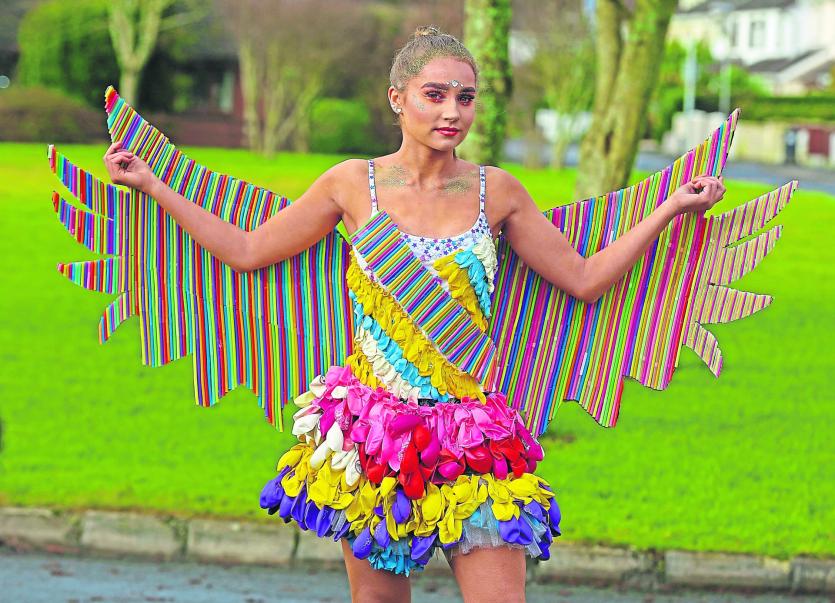 There was great excitement last week as six of Longford's nine secondary schools waited with bated breath to learn whether or not they had made it through to the regional finals of this year's Junk Kouture Recycled Fashion Competition.

Students from Árdscoil Phádraig, Cnoc Mhuire, Mean Scoil Mhuire, Mercy Secondary School, Templemichael College and Moyne Community School were thrilled on Thursday night when they discovered that entries from each of the schools were selected for the upcoming Western Regional Final.

Árdscoil Phádraig was thrilled to get three of its entries through to the regional finals, while their Granard neighbours successfully got four entries through.

Meanwhile, in Mercy Secondary School Ballymahon and Templemichael College - both of which submitted one entry to this year's competition - students were thrilled to see their hard work pay off with their imaginative outfits.

Mean Scoil Mhuire students were also excited to learn that one of their entries was selected, while Moyne Community School is enjoying success for one of its projects also.

The next step of the competition will see selected teams of students choreograph a routine designed to wow the crowds - and, most importantly, the judges - at the regional finals.

Longford will compete in the Western Regional Final, which takes place in the Helix, Dublin, on March 7.

They'll compete with other schools in the region for a coveted spot at the glamorous grand finale, where they'll be judged by the likes of Pippa O'Connor and Louis Walsh, among others.

For now, though, the schools are working on their routines and perfecting their look for the next step.
And, with the lifeline voting system in place until Friday, you can vote for another Longford entry to get through to the Regional Final by visiting www.boijunkkouture.com and downloading the app.

To see photographs of some of the entries that got through to the regional finals, turn to our student news section on peages 54 and 55.