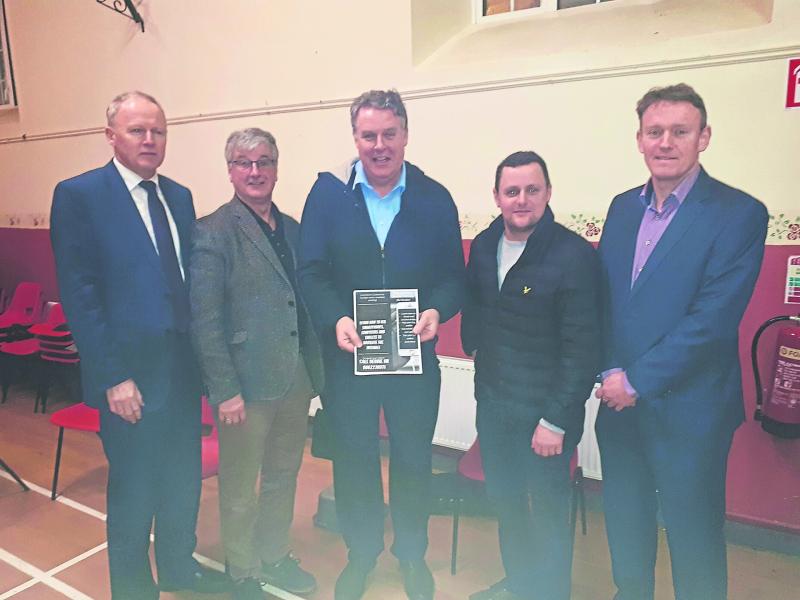 John McDermott, Roscommon Hospital Action Committee (HAC) told those gathered at the rural crime meeting in Lanesboro last week that An Garda Síochána needed people in the community to tell them where new technology was required in their localities.

“Technology can be used by you the individual to improve your life and can centre around whatever the issue is that you need addressed,” he added.

“We have a pilot scheme ready to go but in order for that to be successful, you the community need to tell us what it is that is important to you.

“It may be tourism, mental health, loneliness, security - whatever it is tell us and we will take it from there.”

He praised the community text alert scheme, which he added, “has been a very successful initiative here in Co Longford”.

Cllr Carrigy went on to give an example of how the scheme achieved results.

“Following on from a text alert, four criminals from Dublin were arrested in Ballinalee back a number of years ago,” he said, before pointing to the fact that it was information through the scheme that provided gardaí with the intelligence to catch the culprits in the north Longford village.

“I do believe in technology, however I would warn everyone here, that technology is going to affect the future of rural post offices; post offices are something that we are all fighting for and believe that we need, so we just need to bear that in mind.”

Cllr Carrigy also mentioned the CCTV funding that has now been made available.
“€20,000 has been set aside for each municipal district for CCTV systems,” he continued.

“This will assist with number plate recognition and that information will help the Gardaí in their crime prevention efforts.”

“Having grown up in this area, I can’t think of better place to come to do a pilot project; there is no community that rallies around each other quite like they do in Lanesboro,” he added.

“I have to agree with Deputy Eugene Murphy’s sentiments about technology; while it is great and it can do wonderful things, ultimately the safety of people in this State rests within the remit of An Garda Síochána.”

Cllr Flaherty went on to say that nobody should be afraid to live in their own homes and the State must ensure that we all have a safe place in which to live.

“With regard to CCTV, I see a whole raft of challenges coming down the line and it is no harm for all of us to be aware of this,” the local area representative in Longford town pointed out.

“Nothing beats neighbourliness or going and telling your neighbour that there is a suspicious car on the road.

“While technology is great, we risk getting lost behind a smartphone or computer screen - nothing will ever beat keeping any eye on your neighbours, dropping in and making sure everyone is okay; we have a huge issue with loneliness in Ireland at the minute and technology won’t counter loneliness.

“Technology won’t beat someone knocking on your door, so go see your neighbour.

“The big message here tonight is to go home and call in to see a neighbour that you might not have seen in a while.”