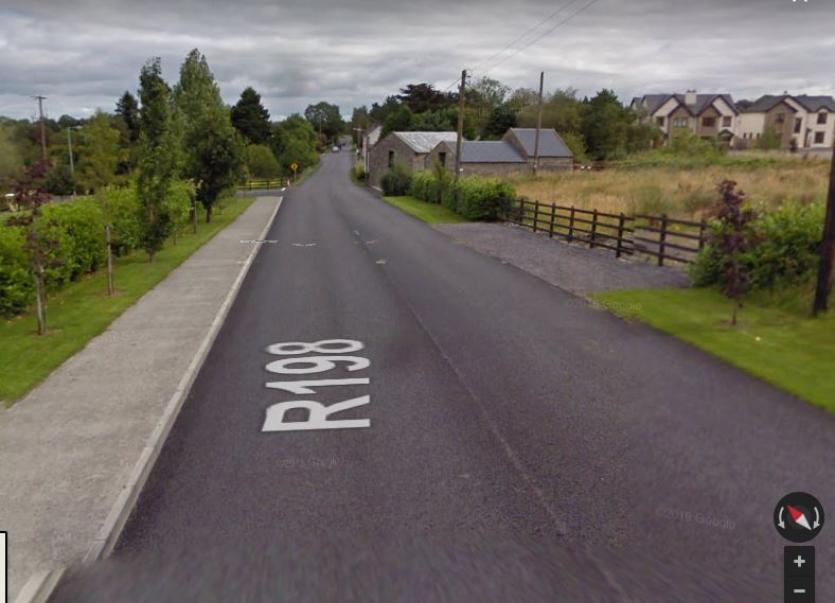 A busy road entering a north Longford village has been branded “an accident waiting to happen” unless local authority chiefs step in and introduce traffic calming measures.

Local politicians expressed their dismay last week at the dangers posed to young children and pedestrians who access the Mill Road in Drumlish on a daily basis.

Cllr Martin Mulleady, who raised the topic at a Granard Municipal District meeting before Christmas, said the hazards facing local residents were plain for all to see.

“I made a statement here before that I could not stand over a decision to let this go into another year,” he said.

The county cathaoirleach said the road, which is the main source of traffic for motorists entering to and from the Arva end of the village, is routinely used by locals who access a nearby creche and playground.

Cllr Mulleady said he had personally witnessed at least five incidents in recent times where the speed of traffic travelling along the route had almost caught out unsuspecting youngsters.

“I have seen what’s going on when I turn into my own mother’s estate.

“I would say there has been at least five occasions where kids have come out of there and ran straight across the road,” he said.

“It’s an accident waiting to happen.”

Cllr Mulleady said moves to address speed concerns at the opposite end of the village paled in comparison to what faced local residents and homeowners along one of its most densely populated access points.

“We put a pedestrian crossing in down at Centra across to the doctor’s surgery and we narrowed the road there,” he remarked.

“There’s 28 houses there that are being lived in in that area, but the heavy volume of people that live in Drumlish live the other side of the village.

“I am very concerned because I have seen it with my own eyes.

“Numerous people has said it to me as well. What’s going to happen here, and God forbid it does, but a child is going to be mowed out of it.”

The Fianna Fáil local representative’s frustration over the affair was exacerbated still further when councillors learned that while moves were afoot to devise a detailed plan of action for the roadway, no funding was currently in place to subsidise it.

“I just hope it doesn’t come back to haunt us,” came the terse reply from the Drumlish native, sentiments which were equally shared by his Fine Gael counterpart Cllr Paraic Brady.

He recalled a meeting held four months ago where the entire discussion was “hogged” by the Mill Road issue.

“It does need an overhaul regarding a safety scheme, narrowing of the road and traffic calming,” he said.

“If we can put a raised pedestrian crossing there or narrow the road, some plan will have to be put in place before it is too late.”

Area engineer David Coppinger empathised with those urgings, stating the Council remained keen to undertake a complete root and branch review of the village’s entrance points from the Arva direction.