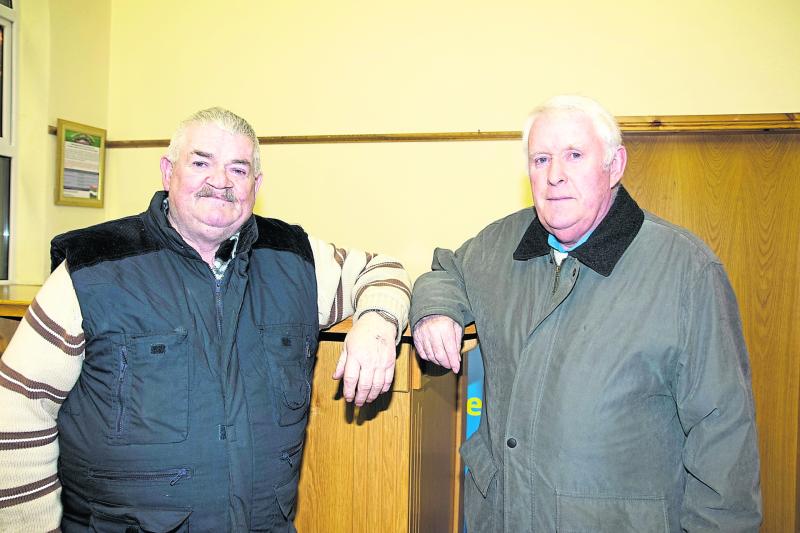 Austin Comerton a telecommunications expert from Athlone, but now living in Canada provided an insightful discussion on the internet and how it can be utilised to keep people safe and save lives during last week’s crime prevention meeting in Lanesboro.

He looked at how technology can help out and assist in the prevention of rural crime and in the protection of those who also may be vulnerable.

The meeting heard that Mr Comerton worked in telecommunications for nearly 20 years and he says the internet is simply a tool that everyone in the community can use to their advantage.

The telecommunications expert described how it’s possible to install cameras in the home and view the activities in the house from anywhere in the world via a smartphone or laptop.

He also spoke about having a close neighbour on speed dial on the phone and creating an understanding between ye that if a call came in the middle of night it would mean there was a problem and no words would need to be spoken - thus alerting the neighbour to seek help.

“That is why community is so important in all of this and everyone needs to be able to leverage that technology against the community in which you live in.”

Mr Comerton has also been involved in numerous telecommunications projects overseas. “You don’t have to wait for a rural broadband scheme to get the wheels in motion,” he added.

“If you are familiar with Whatsapp, you can be part of a community group on that.”

He then demonstrated on the laptop how he was able to keep an eye on his home in Canada while chatting in the community centre in Lanesboro last Monday night.

“We have the tools even at the moment to get the wheels in motion,” he added, before pointing to the fact that his 96 year-old mother had been in contact with her entire family on a daily basis through Skype right up until her death two weeks ago.

“We were able to communicate with her, provide visuals and determine how her health was,” said Mr Comerton.

“So it is all about community; where I live there is a sign up and it says ‘Community Watch’.

“Most of the people in my area watch TV; a lot of people living in urban centres have lost contact with each other.

“They come home from work, close their door, go inside, sit down and watch TV - they don’t really connect with anybody except on an occasion when something goes wrong.”

But what, he asked, happens when that something does go wrong?

“I can’t stress this enough - the question is when something goes wrong, who have you on the other end and how quickly can they respond,” the Athlone man added.

“Everyone is interdependent on everyone else.”

He then addressed the concept of ‘I know nothing about computers’.

“In order to drive do you need to know the internal workings of a combustion engine?,” he asked.

“No, you don’t and it is the same with a computer.

“Never, ever allow technology to frighten you.”