Spooning the craic into Ireland's Got Talent

Longford man on Ireland's Got Talent 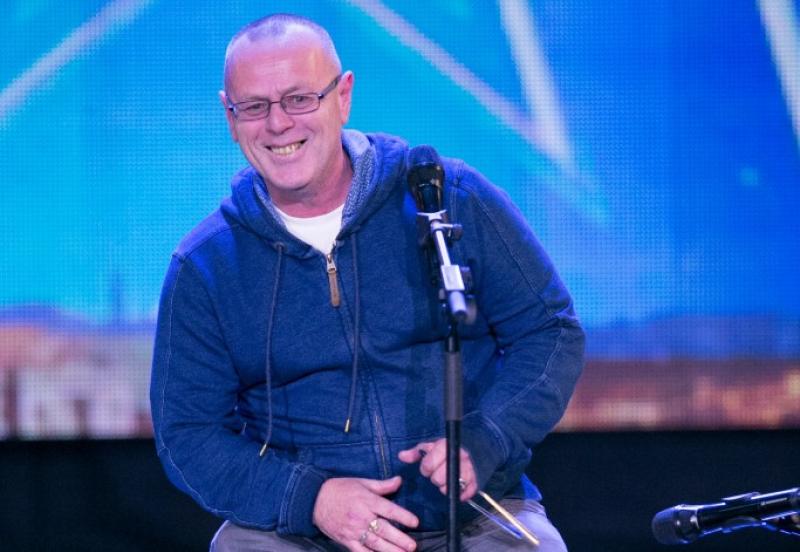 Longford man Tommy Fitzmaurice (52) an who plays the spoons appeared on Ireland’s Got Talent last Saturday night, and what a great performance the Longford man put in.

He even managed to get Denise Van Outen playing the Spoons and Jason Byrne dancing!

Tommy told the Leader this week that he went on the show for the “craic” and it was a friend who encouraged him to enter the competition in the first instance.

“I went up there for the craic be honest,” he added.

“I wasn’t expecting much on the night, but I had a great time and I managed to get Denise Van Outen to play the Spoons!”

Tommy started playing the spoons when he was just 16 years old and busks in Galway every second weekend along Shop Street.

“I’m playing the Spoons for 30 years now,” he laughed, before pointing to the fact that he had “great fun” on Ireland’s Got Talent.

“I put Longford on the map for all the right reasons!

“I love being out busking - I don’t need music; I just he read the crowd and sing an appropriate song,” he added, before pointing out that his six-year-old son also loves the spoons and tries to play himself.

“I love performing and I like the old tradition of the spoons - it’s a dying trade now.”

Tommy also plays the harmonica and is a carer for his mother (85).

Longford man brings spoonfuls of entertainment to 'Ireland's Got Talent'