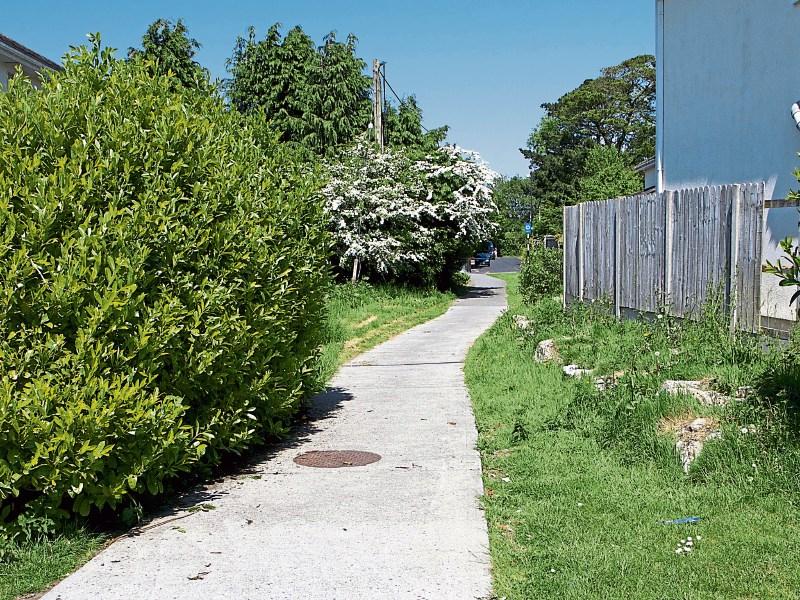 Tension over the closure of a right of way at the Dun Darrach estate on the Dublin Road reached boiling point during last week’s meeting of Longford Municipal District.

The meeting heard that the matter, which is ongoing for the last two years, has hit another stumbling block just as the legal matters in the proceedings were being brought to a conclusion.

“I propose that we get the legal representatives in here to address the next meeting of Longford Municipal District so that we can be informed as to what exactly is going on,” Cllr Seamus Butler (FF) fumed.

“What I want is a remedy, not a brick wall.

“This is going on for two years now and this issue must be brought to a satisfactory conclusion for everyone involved.”

“Is there no goodwill anymore?,” she lamented, before pointing out that people in the estate were being subjected to a “living hell” while the issue before the meeting lingered on.

“Really, is there no goodwill left out there at all?”.

Cllr Nolan went on to say that members were being very “PC” about the situation that had arisen.

“The difficulty still remains and is going on now for two years,” she continued.

“If it means taking legal proceedings to sort this out then I am all for that.”
Cathaoirleach, Cllr Mae Sexton (Ind) then proposed that the local municipal district members seek clarity on the matter for the next meeting.

“We need to know what exactly is causing the difficulty, or it seems, blocking the matter, we need to find out,” she added.

“I do believe that we have had dealings with the people in question, in the past.

“It definitely needs to be brought to a conclusion.

Members subsequently agreed to keep the matter on the agenda.