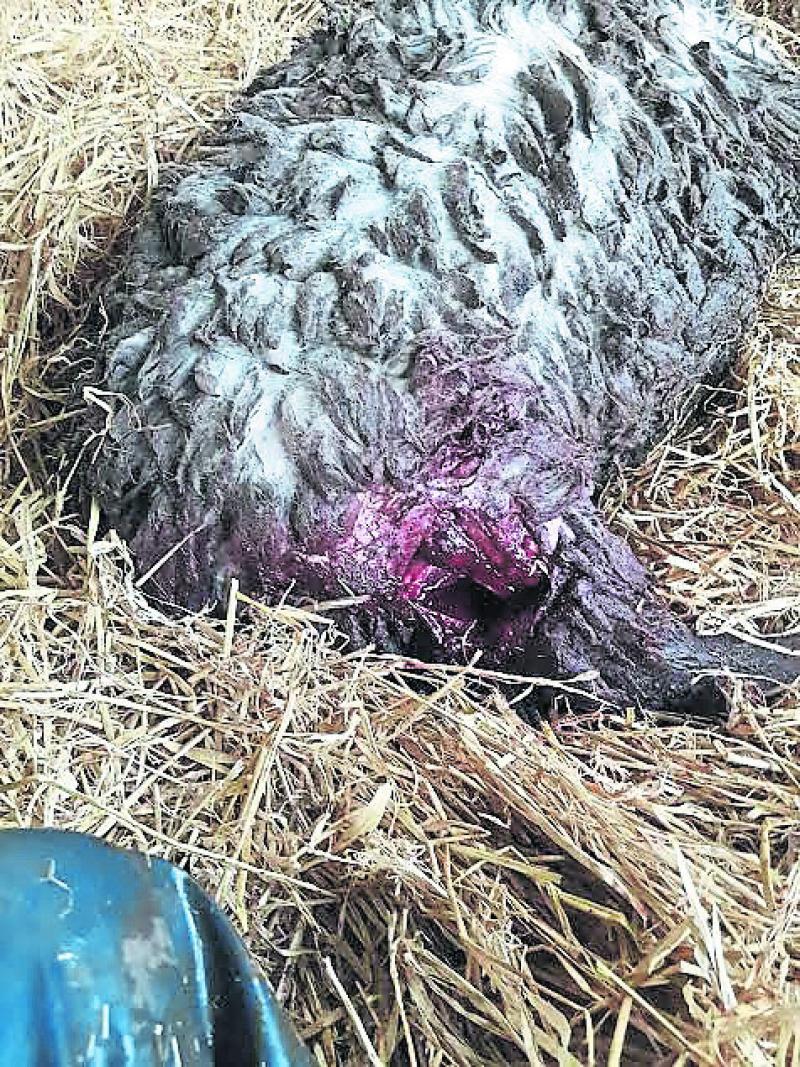 Last Tuesday night, local farmer Kevin Farrell went to his outfarm at Ledwithstown outside Ballymahon only to discover that his sheep had been attacked

Marauding dogs continue to wreak havoc across the county despite the warnings issued to dog owners in recent times.

Last Tuesday night, local farmer Kevin Farrell went to his outfarm at Ledwithstown outside Ballymahon only to discover that his sheep had been attacked.

One animal was dead and another was so severely injured she later had to put down.

As Kevin says, the most troublesome aspect is the fact that is it now lambing season and his sheep are close to ewing.

“When I went out to check them on Tuesday night one sheep was dead and then I discovered another one that was torn,” he said, before pointing to the fact that the rest of the flock are now worried and frightened.
“In fact the sheep were that frightened after the attack, they didn’t eat afterwards for three or four days.”

Meanwhile sheep farmers across the county continue to watch carefully as their flock get ready to lamb.

“My sheep are lambing at the moment and the reality is that dog owners are just not keeping their dogs in,” Kevin continued.

“It is an awful thing for a farmer going out at this time of year to find his sheep in drains or dead in the field.”
Following the discovery, Kevin called the Gardaí and they attended the scene quickly.

“The Gardaí are keeping an eye on the situation now, but unfortunately it is happening all the time,” the local farmer added.

“This happened to me before - it’s about 10 years ago now and I also know the farmer in Kenagh whose sheep were attacked by dogs there recently as well.”

“People say their dog won’t attack sheep but they will.