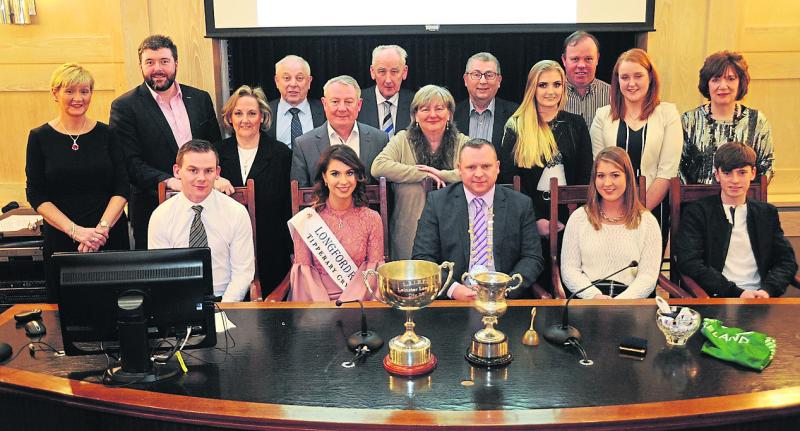 A Civic Reception was held at Longford Co Council HQ last Friday night to honour a number of local people who have excelled in their chosen field.

A Civic Reception was held at Longford Co Council HQ last Friday night to honour a number of local people who have excelled in their chosen field.

“Tonight's Civic Reception allows us to convey to those people the value that our community places in their achievements and allows us to hold them up as positive role models in our local community,” said Cathaoirleach Martin Mulleady.

“They are an inspiration to all their peers.

Longford’s Rose of Tralee Laura Ward was also among the honourees on the night.

“In addition we are honouring another young person who has worn the county colours with pride as our Rose of Tralee representative,” the Cathaoirleach continued.
“She has quietly, but very efficiently, made her mark as a positive Ambassador for Longford.”

“These young people are an example to us all and we wish them every success in their futures,” Cllr Mulleady concluded.