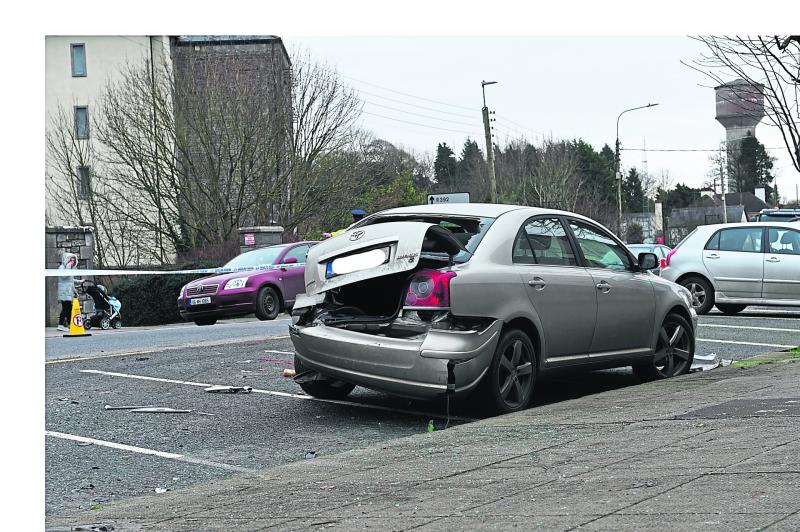 Six people are being questioned by UK police this morning in connection to a suspected stabbing incident in Ballymahon yesterday.

A large bladed weapon was found during a search and police said six males were arrested for possession of an offensive weapon, grevious bodily harm with intent and money laundering.

They are being held by officers after a man sustained serious injuries as a result of a suspected stabbing and ramming incident in Ballymahon yesterday morning.

The victim, aged in his 40s, was among a large group of UK based residents who had travelled to the county yesterday for an anniversary mass in Longford town.

That service had been arranged to mark the anniversary mass of John 'Dodie' Stokes who passed away last year.

It's understood the man, believed to be a relation of the late Mr Stokes, was injured after an attempt was made to ram his vehicle off the road in Ballymahon at around 7am.

In the immediate aftermath of that attempt, detectives believe the injured man may have been dragged from his vehicle, a cream coloured jeep and stabbed.

As exclusively revealed yesterday by this newspaper yesterday, the man underwent emergency surgery before he was later transferred to St James' Hospital in Dublin.

A source this morning confirmed to the Leader that medics remain "very concerned" over his condition.

For more on this developing story, see www.longfordleader.ie