Regional and local roads to share in windfall with €1.25m set for routes entering to and from Center Parcs site 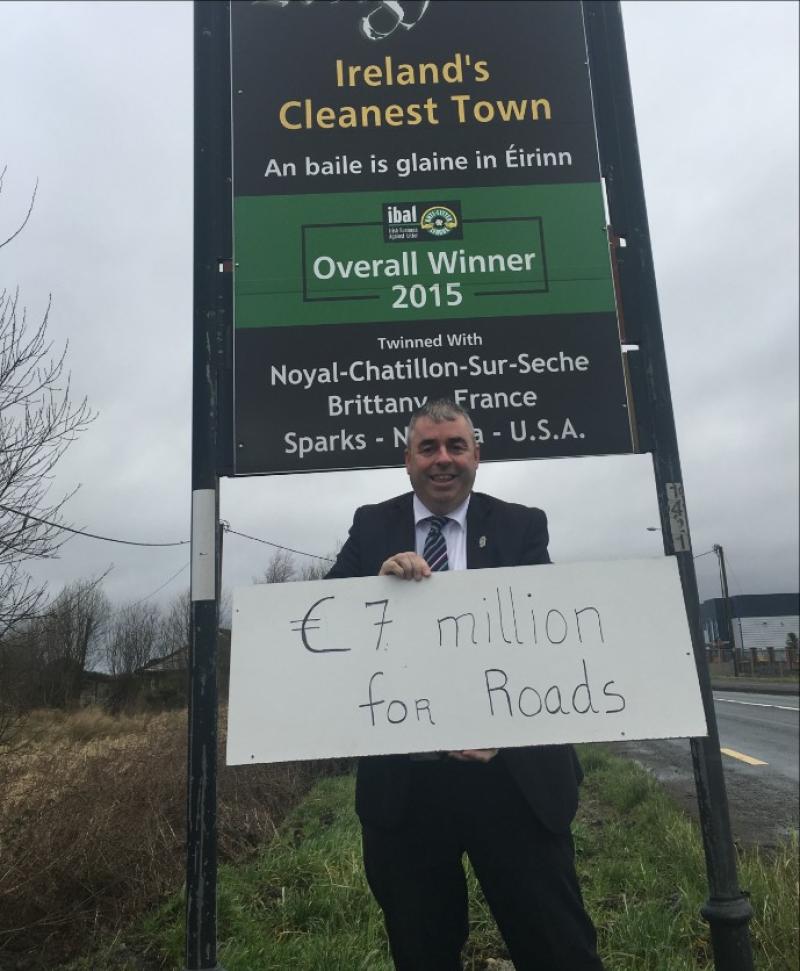 Longford’s roads network is to receive an €8.5m cash injection over the next 12 months, it has been announced this morning.

The county’s 2018 roads funding allocation represents a marked increase from the €6.1m set aside under last year’s programme.

“This is excellent news for the county and I am delighted that a number of key projects that I have strongly argued for, have been included in the 2018 allocation,” he said.

Mr Moran said the onset of building work at the new Center Parcs site had played a key role in boosting state monies allocated to the south of the county.

“The development at Center Parcs has also necessitated in the spending of extra funding in the South Longford and Ballymahon area and I am delighted to see that an extra €1.25m has been allocated to the area,” said Minister Moran.

“I am especially pleased that the 2018 grant allocations include important initiatives in the area of Community Involvement Schemes and Drainage.

"While local authorities were able to use general grants for such schemes in recent years, this year ring-fenced funding is being provided. Longford County Council is to receive €167,500 in the area of drainage.”

“These are two areas where I have very much wanted to see action being taken and I am very glad it is being done this year.  There needs to be an increased focus on measures to improve the resilience of the road network in the face of climate change.”

The former Westmeath county councillor signed off by reserving a special mention for his party running mate and incumbent Transport Minister Shane Ross.

“Today’s announcement is also in addition to the €5.1m announced for Longford by Transport Infrastructure Ireland earlier this month for other road safety projects,” he added.

€6.1m for Longford's regional and local roads, including €1m for roads at Center Parcs Longford Forest