Public meeting in Lanesboro will highlight crime and health issues 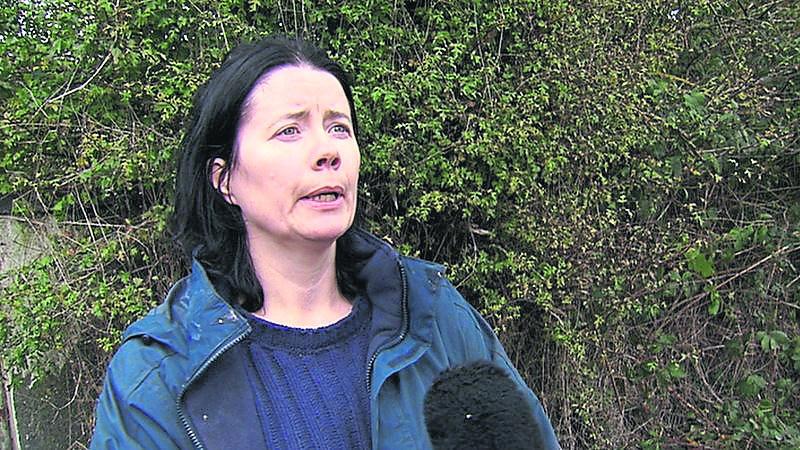 Annette Meacle, who will speak at next week's meeting in Lanesboro

Annette Meacle's 54-year-old brother Richard McKelvey was dragged from his bed and beaten by a gang of four men at his home in Glassderry beg, Brosna near Birr, County Offaly just before Christmas.

She said at the time he would never go back to live in the house again, but she is coming to the CRIME IT alert meeting in Lanesboro-Ballyleague next week to talk about the security measures that could be introduced in rural areas to allow people to live alone without fear of assault and robbery.

Annette has heard of the new technology that is now available to allow residents have a 24 hour camera monitored through an app on a relatives smart phone and she is coming to St Mary's hall beside the bridge in Lanesboro and Ballyleague on Monday January 29 at 9pm to talk about it and what happened to her brother, Richard.

"I have been heartened by the support given to our family since Kevin was attacked," Annette said.
"I have told the group in Lanesboro that it is important we all focus on the preventions we can take and the role the whole community has in stopping crime. None of us realise it until it happens to somebody in your family.”

Debbie Tierney - the young local woman who is leading this initiative in the community, explained, "We are holding this meeting to focus on how new technology and digital skills can help the whole community to look out for themselves and protect themselves in situations where we are in need of help.”

She added, "I live in the area and I can see already that people here want to to see how new digital skills can change their lives.
“Dozens of people have already taken part in a new training initiative since last December.

“Now we are going to see how a simple app can help protect your home and even raise an alert for the medical authorities if somebody is unwell in their home."

The meeting on Monday night next January 29 is open to all residents of the area and a list of people who are interested in volunteering to have a smart camera erected outside their home on a pilot basis will be taken on the night of the meeting.

Sgt Paul McDermott - the Crime Prevention Officer of An Garda Síochána in Longford-Roscommon will also be present along with members of the community text alert schemes from Kilgefin and Rathcline.
Apart from crime, the issue of health and welfare will also be on the agenda on Monday night when the focus will turn to a pilot programme using a simple smart phone app that could alert the authorities when somebody is unwell in their home and may have experienced blood pressure issues.

A second speaker on the night will be John Dolan, a man who owns a dairy farm in Kilgarvan, Ballinahown, county Westmeath but had a near miss with death last summer.

July 7 started out as just another routine day for the 49-year-old. However, as he sat down for breakfast along with his two sons, his heart stopped, an incident which he has recently discovered was caused by Sudden Adult Death Syndrome.

Luckily, the quick response of his two sons saved his life, as one called the ambulance, the other did CPR until paramedics arrived.

They used a defibrillator and sprung his heart back into action. In the weeks that followed, John remained in a coma, with doctors unable to tell his family if he ever would wake up, and if he did, whether he would regain normal function.

Fortunately, John did recover and, following rehab, is now on the slow road to recovery. He told RTE's 'Ear To The Ground' recently that he decided to do the TV interview to raise awareness of men's health and particularly heart health, and the importance of regular checks.

This week he said he would be coming to the hall in Lanesboro on Monday to talk about the importance of using IT and new technology to help alert the emergency services when somebody is ill or unwell.

"I have been told that they are looking at an app on your phone that can detect an erratic pattern of blood pressure and can then send an alert to your doctor or a family member," John said.

“Something like that would be invaluable and could help save lives."
Monday night's meeting is open to all members of the community from Longford and Roscommon and nearby areas.

Names will be taken on the night from people who wish to volunteer for inclusion in a pilot programme where one of the new security camera apps or medical apps will be given out.

Anybody who would like to learn more about the meeting and the new pilot scheme and training can contact Debbie Tierney at 086 2230971.

Decrease in number of reported crimes in Longford