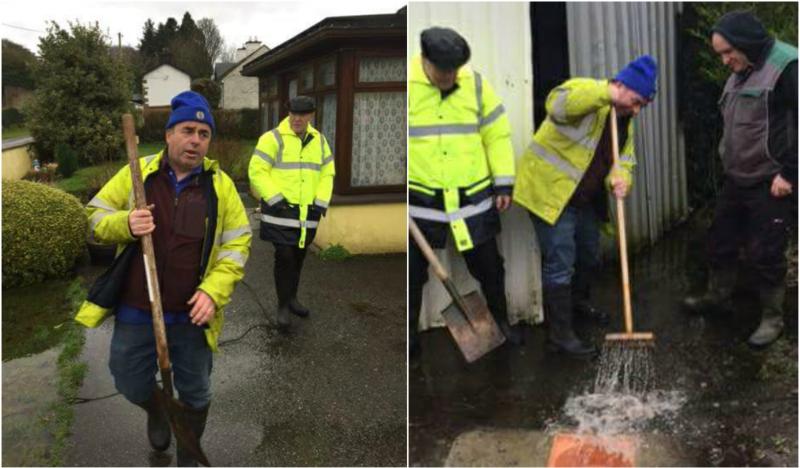 As flooding hit the country overnight, the Minister with responsibility for flood events, Longford/Westmeath Independent Alliance TD Kevin 'Boxer' Moran was rolling up his sleeves and coming to the assistance of a Longford family affected.

The Minister of State for the Office of Public Works and Flood Relief was a familiar figure on the banks of the River Shannon during serious flooding events that hit his native Athlone and since becoming a Minister in June 2017 he has been very proactive on the issue.

Minister Moran posted on his Facebook page; "Clearing some serious flooding at a house in Longford this evening - happy to have helped this family when they rang."

He went to advise people "Reports of spot flooding across the country so be careful on all roads until rain subsides. The outlook remains unsettled for the coming week."

You may also be interested in:  WATCH: Shocking footage shows Glenbarrow Waterfall raging down from Slieve Bloom Mountains

Meanwhile, AA Roadwatch issued warnings about spot flooding on the N4 and N55, and sporting fixtures were also badly impacted on.

The Longford Junior parkrun was also cancelled this morning as The Mall (Albert Reynolds Peace Park) was hit by flooding.