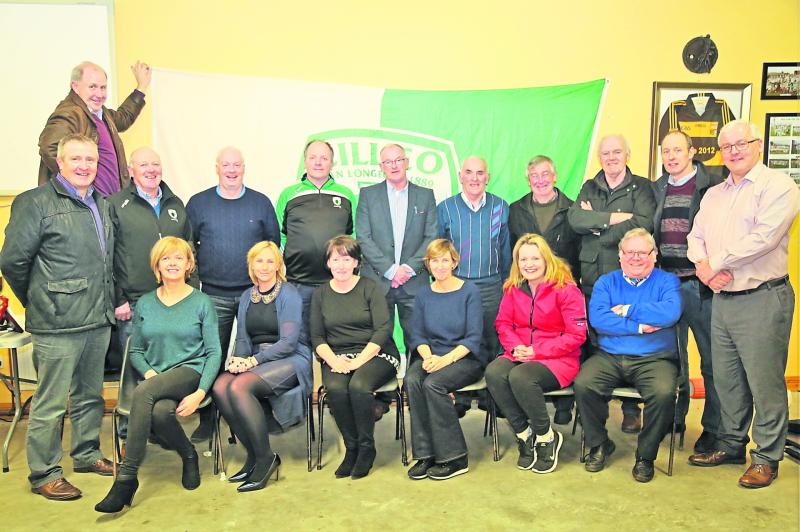 Registration for the Emmet Og (Killoe) GAA Couch to 5km challenge will take place in Ennybegs Community Centre, Killoe, on Wednesday January 24 from 7pm to 7.30pm. Photo by Gerry Rowley

Last year the group lost seven stone over five weeks and an impressive 95% of those who signed up completed the 5km challenge.

People participated for fitness, social, mental health, weight monitoring or because they had a special occasion coming up.

Most people believed that they couldn’t complete it but they did.

People made new friendship and encouraged each other to complete the programme.

The main aim of the programme is to encourage lifestyle changes and encourage and set realistic and sustainable targets in advance.

Registration for this year's event will take place in Ennybegs Community Centre, Killoe, on Wednesday January 24 from seven to 7.30pm.

Weighing in is optional on the night and the cost for the six week event is €20 for walkers and €50 for joggers.

Registration will automatically sign you up for the club's 5km on Sunday, March 11.

At the registration evening, local man and psychotherapist, Victor Connell, will give a talk on mental health and when and where people in Longford can receive help if needed.

Various other topics will also be discussed including eating healthy on a budget and healthy recipes.

Included in the cost is a weekly weight check in the Scout Dens in the Mall, personal training in conjunction with Brendan Doyle every Wednesday for people wishing to jog the 5km at 6.45pm.

The groups will be split into beginners, medium and advanced. Every Saturday the group will walk or run in the Mall's Park Run initiative at 9.30am. If you cannot make the registration night but wish to take part, contact Claire on 086 810 0518.

The initiative is part of the GAA's health and wellbeing programme and seeks to include the entire community.

They have agreed to focus on physical activity during these six weeks and encourage parents to take part in the couch to 5km.

St Theresa's NS Killoe is an Active school which means that there is an ongoing emphasis on health and physical activity.