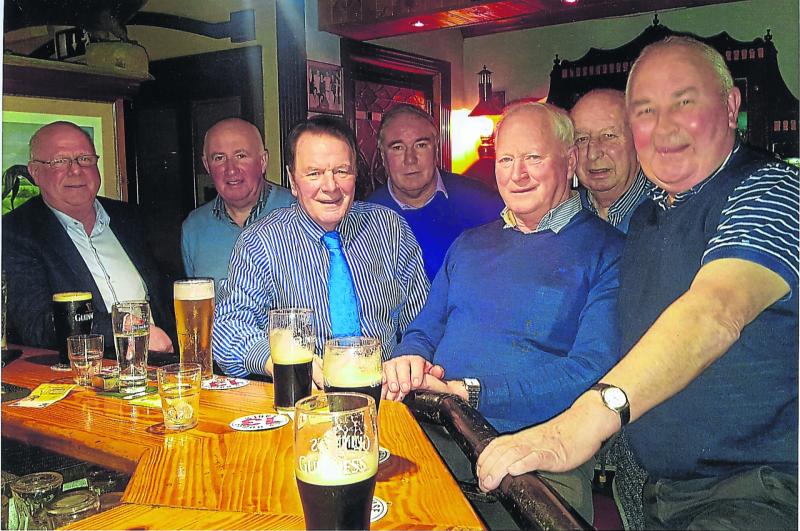 It is the end of an era for veteran publican, Eamon Farrell and he is pictured here in the famed Earl St bar with Eamon Higgins, Brian Farrell, Eamon Reynolds, Seamus Hughes, Pat Yorke &Paddy Madden

It is the end of an era as and celebrated Longford town publican, Eamon has called time on his Town & Country Bar on Earl Street.

For 43 years the bar was a mecca for GAA fans of all persuasions and the affable Eamon was one of the most charismatic to ever stand behind a bar.

Over the years the bar hosted such luminaries as the Dubliners and at least three thousand people claim to have been in the bar the night that Hollywood star and Longford son, Will Ferrell, visited the famed hostelry.

Calling time on his many years on Earl St, Eamon paid tribute to the many local customers who frequented the premises over the years.

Eamon grew up on Park Road and in a colourful life he set off at just fifteen for his first job in the Isle of Man.

He quickly learned the ropes and jumped at the chance to return home for a job as a butler Lady Granard in Castle Forbes, Newtownforbes.

He later went with the family to Paris and then London before taking up the chance to manage a leading Irish bar in north London.

In the early '70s, he returned to Longford and launched a successful fruit and veg wholesale business.

He also launched an auctioneering business in partnership with former TD, Louis J Belton and in 1974 he purchased the Earl St bar.

It was owned by two nurses called Donoghue and McGovern.

Seemingly, one was from the country and the other from the town and as folklore has it, that's how the bar got the name, 'Town & Country.'