WATCH: RTÉ's The Week in Politics explores 'Has the economic recovery reached the only county in Ireland without a TD of its own?' 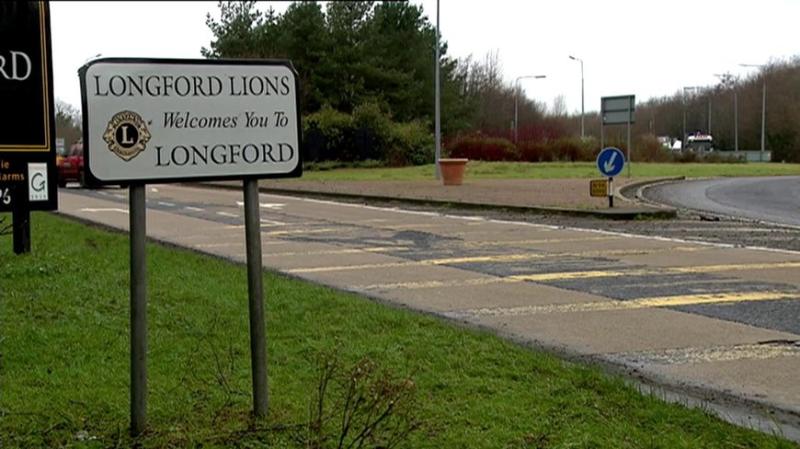 RTÉ's The Week in Politics explores 'Has the economic recovery reached the only county in Ireland without a TD of its own?'

Longford 'needs help badly' in an effort to speed up the county's rate of economic recovery.

That view was expressed strongly during a report by RTÉ's Conor McMorrow and 'The Week in Politics' team who were in Longford town on Friday last to explore 'Has the economic recovery reached the only county in Ireland without a TD of its own?'

The five minute segment, which featured contributions from local councillors Micheál Carrigy, Joe Flaherty and Gerry Warnock, along with Sunday Independent Sports Editor John Greene, businessman Tom Kelly and members of the public, was broadcast on yesterday's 'The Week in Politics' programme.

READ the links to see what the rival Longford General Election candidates thought of 'The Week in Politics' broadcast:

Conor McMorrow suggested Longford was a town where the scars of the economic bust were still evident and that a decade ago, one in five were employed in construction and now, one in five were unemployed. He also highlighted how the county was already in election mode.

Tom Kelly of Kelly Menswear spoke of how he has had to reorganise his business as he doesn't have the same volume of business any more. He said rural Ireland was on its knees.

Fianna Fáil Cllr Joe Flaherty said there was a feeling Longford was taking a step forward and then two steps back and that it was the hardest place in Ireland in which to do business.

Independent Cllr Gerry Warnock spoke of the economic recovery that was coming at a slow pace but he expressed frustration that it wasn't reaching Longford as quickly as he would like.

In a vox-pop with members of the general public, Mr McMorrow was told 'Longford needs help badly' and that there was 'a lot of poverty in the town'.

Following the 2016 general election when the Longford/Westmeath constituency returned four TDs and none of them from Longford, journalist John Greene wrote in the Sunday Independent 'If the town goes, it will be gone for good'.

He opined that there is always optimism in Longford but that it needed help and it needed to have a voice in government such is the nature of Irish politics.

Highlighting the €233m Center Parcs Longford Forest project in Ballymahon, Mr McMorrow spoke to Fine Gael's Cllr Micheál Carrigy and he outlined that Longford was seeing some benefits of the economic recovery.

Cllr Carrigy pointed to recent investments by government of €4.5m in St Joseph's Care Centre, €1m in the Royal Canal Greenway, €5m to extend a gas pipeline to Longford and a 100% increase in the allocation - rising to €5.1m - by Transport Infrastructure Ireland (TII) for Longford's primary and secondary roads.


You can watch the report here for yourself ;

Longford is being neglected in national plan say local councillors