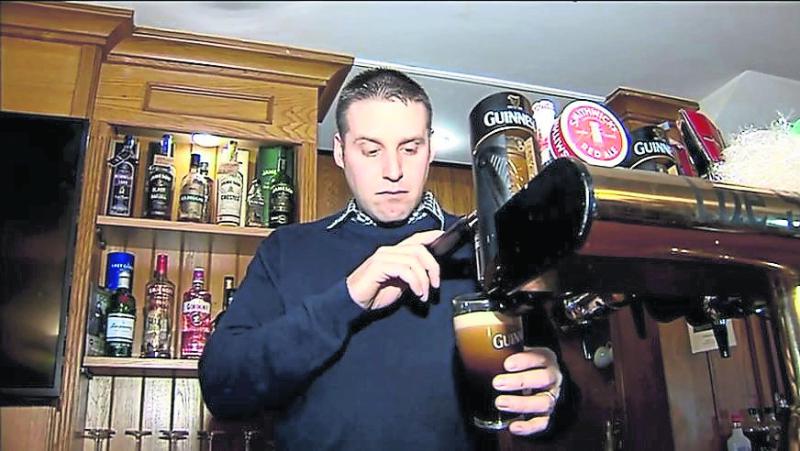 Stephen McGuinness gave up the lease on the Shannon Bar after the premises was burgled three times since he opened 17 months ago.

Tarmonbarry native Stephen McGuinness who gave up the lease on the Shannon Bar on New Year’s Day has hit out at the justice system after his premises was burgled three times in the 17 months that he was in business there.

Speaking to the Leader this week, Mr McGuinness said that the closure of Tarmonbarry Garda Station together with the lack of garda presence on the streets of Co Longford had allowed “criminals to run wild”.

He also said that he left the bar because of his concerns over the safety of his family and the protection of his home.

“I had three break-ins during the 17 months that I leased the Shannon Bar; in the first break-in the back door was damaged and they made off with the till,” he said, before pointing to the fact that during the third robbery, last October, a van pulled up outside the premises, and the driver loaded up a number of beer kegs that had just been delivered.

“I was serving in the bar - I had 15 customers at the time - and the van actually returned and loaded up two kegs that they left behind the first time.

“They took as much as they could the first time and then came back for the rest.”

Mr McGuinness said while it was disheartening to be subjected to the thefts and damage to the premises as he was trying to build up the business, the way in which some of the culprits were dealt with when the matter came before the courts, beggared belief.

“The second time the pub was robbed I actually caught the two fellas at the back door - one had a lump hammer in his hand, the other a nail bar,” he continued. “They were brought to court and got off - the system is far too lenient on these people.

“The closure of Tarmonbarry Garda Station left this area very vulnerable; you don’t see gardaí on the streets of our towns and villages anymore either; sure when the Gardaí are off the streets, the criminals run wild.”

The Tarmonbarry native subsequently moved out of the Shannon Bar to ensure the safety of his family.

“I installed cameras at my house; I felt I was being targeted by criminal gangs and I was concerned then for the safety of my family,” he added.

“This was paramount actually - if anything happened to them, I would never forgive myself.”
Meanwhile, Mr McGuinness was also running his plumbing business in tandem with the Shannon Bar and he has gone back to this work full time.

“The bar was going well - that is probably why I was being targeted to be honest, and I had the business built up and was employing three people, so it was a difficult decision to make,” the former pub owner said.

“So, I’m in the plumbing full time now.

“I want to take the opportunity to thank everyone who supported me or helped me out in any way when I was in the Shannon Bar; I enjoyed it and am disappointed with the way things turned out, but my family is my first priority.”

People of Tarmonbarry deserve the same equality as Stepaside