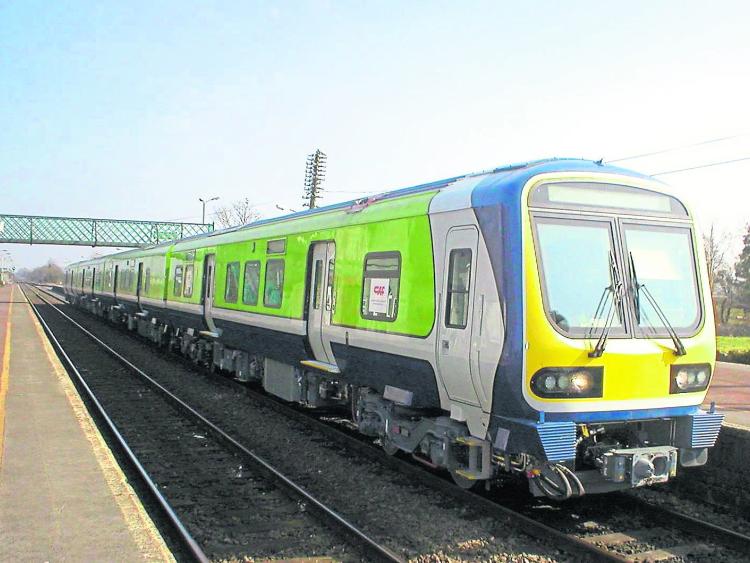 Irish Rail has restored a busy Friday evening commuter service from Connolly Station to Longford to its full capacity.

The State-owned company announced its anticipated change of heart to return the service to its previously agreed eight carriage compliment following a Leader article which indicated 48 hours previously that a was in the offing.

Irish Rail bosses had previously come under fire for their decision to cut carriage numbers to four after a decision was taken to supplement other services during the busy autumn period.

That prompted Longford County Councillor Mae Sexton to call for the firm’s Communications Manager Barry Kenny to resign at the local authority’s December meeting, saying the move was “very discriminatory” to those who depend on the service.

The former Westmeath county councillor held talks with senior officials in November with a view to reversing that decision.

In a text message sent to Mr Troy by Mr Kenny last week and which was seen by the Leader, it was revealed that passengers availing of the Friday evening service from Dublin Connolly to Longford would have eight carriages at their disposal with immediate effect.

“We’ve reviewed demand and capacity now that we are passed the busiest time of the year and can confirm that it is restored to eight carriages on Fridays again now,” outlined the message.

Mr Troy posted the news on his own Facebook page last Friday, something which drew a mixed response from the wider public.

“Great news! Thank you so much! Well done, Robert!,” wrote one observer.

Others, however, opted to throw the spotlight on service levels along other routes.

The Sligo line is the worst performing line by a long way. Punctuality is dreadful. Issues like waiting in Killucan when there are two perfectly good platforms in is a disgrace.

Mr Troy himself acknowledged those concerns, arguing the only way to improve the State’s rail network was through additional investment.

“Obviously I welcome the fact that my intervention brought about a review which ultimately proved successful but suffice to say the Sligo line is still a substandard line and I will be fighting hard to ensure that this is addressed,” he said.

Mr Troy said the present State subvention afforded to Irish Rail was still some way off the €148m apportioned under the last Fianna Fáil led administration in 2011.

“Even last year, five years after the height of the recession it (State subvention) was still €15m less (than the €148m afforded in 2011) at a time when the number of people using rail services has increased,” he said.