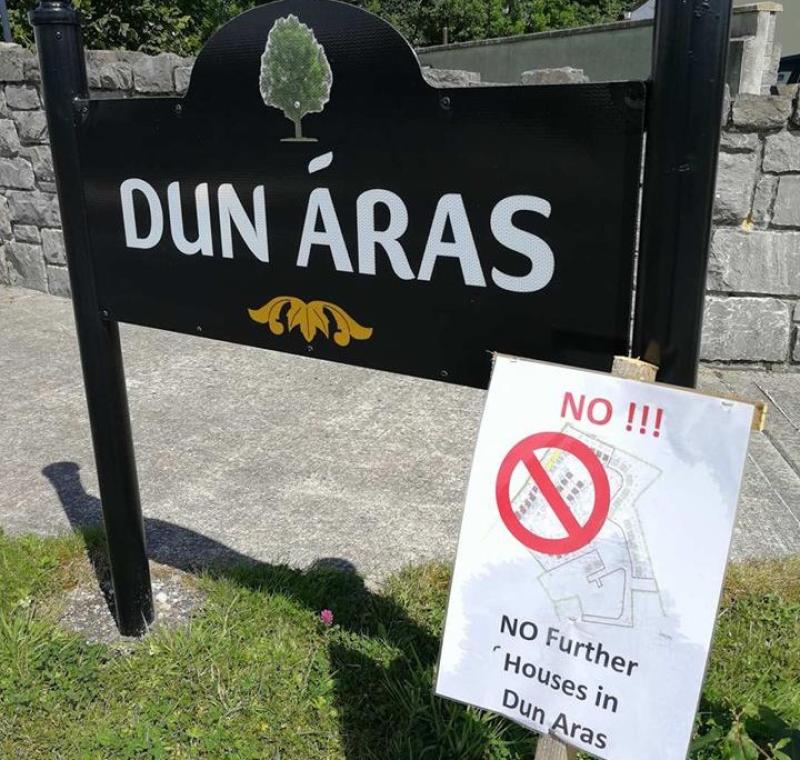 Residents of Dun Áras, Ballymulvey Road and Marian Terrace will be submitting their own appeals in the coming weeks.

Local architect, Liam Madden, has submitted a scathing appeal to An Bord Pleanála regarding plans to construct 35 new dwellings within an existing 24-house estate at Dun Áras, Ballymahon.

The appeal was lodged last week and details a list of reasons why the housing development proposed by , Mark Cunningham, should not go ahead.

The proposed development, he said, is grounded on the 'parent' permission for approximately 90 houses, which was initially granted.

“The 'parent' permission for circa 90 houses abandoned,” Mr Madden explained.

Planning permission for the development was granted in December with 24 conditions, and residents of the existing Dun Áras estate, Ballymulvey Road and Marian Terrace have repeatedly pointed out the dangers these plans will bring to the area.

One of the main concerns of residents is the current state of the Ballymulvey Road, which isn't wide enough to allow two cars to pass safely.

Mr Madden draws attention to these dangers in his appeal, stating that the proposed additional houses, the construction traffic and the arrival of hundreds of thousands of visitors to Center Parcs will see a huge increase in traffic hazards both on the N55 and the local road serving Dun Áras.

“The roads are not able to cope with the increases. This proposal is therefore unsustainable,” he said.

Furthermore, Mr Madden states that the lands will inevitably become a dumping ground for all building debris arising from constructing these proposed additional dwellings and that this will ultimately lead to yet another ghost estate.

“The applicant has not demonstrated a housing need for the proposed development as the surrounding villages are full of empty, unfinished dwellings,” he added.

“The F.I. submitted does nothing whatsoever to address the self-evident traffic chaos, which would arise from this gargantuan megalopolis and the lack of footpaths. The traffic danger for users of the play areas is outrageous.”

Among other issues, Mr Madden also pointed out the inadequacy of the Road Safety Audit; the antisocial behaviour that will inevitably arise from the proposed pedestrian walkway via Marian Terrace; and the lack of traffic calming measures.

“The details supplied relating to services - drains in particular - are inadequate and unworkable,” he added.

“There will be rivers of raw sewage flowing through the estate.”

The application grounds itself on the parent permission, which envisaged 90 houses, Mr Madden highlighted.

“That this applicant has reduced the intended numbers well below the original 90 counts for nothing. The 90 shouldn't have been permitted in the first instance,” he said, before quoting Shakespeare.

“This proposal is 'vaulting ambition which itself and falls flat on the other'.”

In conclusion, Mr Madden states that the proposal by Mr Cunningham is contrary to popular planning and sustainable development and “should be refused”.

A decision will be made on May 9.

Read next: Ballymahon planning permission is a 'death knell' for Dun Áras