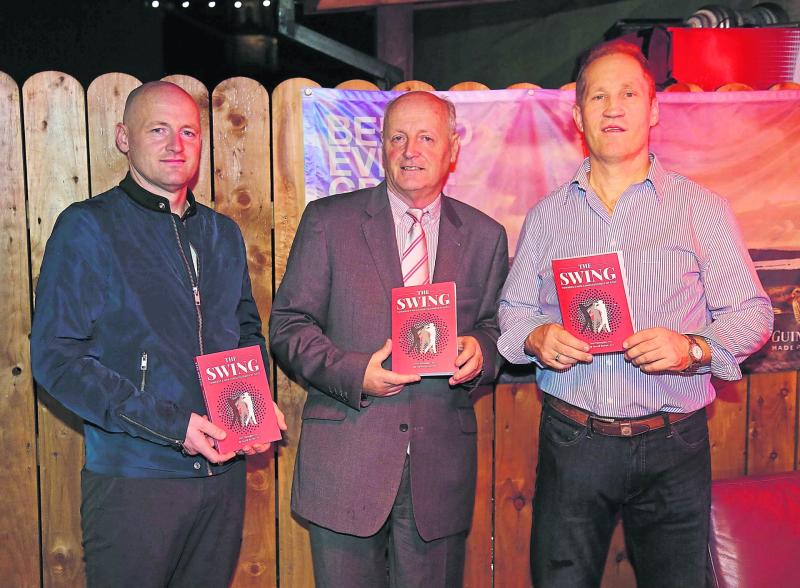 The book launch was well-attended by golf-lovers across the country.

“It couldn’t have gone any better. We had a huge turnout. We had people from all over the country. We even had someone come down from Belfast.”

The eagerly-awaited book is a collaborative effort with David Byrne, who is a leading golf pro and coach based in the States.

A keen golfer and internationally recognised course designer, Mel Flanagan, discovered 'The Swing', and cracked the code and wants to share the secrets with all golfers in his new book.

“This book is for a global audience. It will do well all over the world,” he said.

“And it’s an educational book. It brings a new awareness to and a new psychology. Because you have to enjoy it to improve it.”

Mel introduced the swing to David Byrne three years ago when David was struggling badly with his game. The simplicity of 'The Swing' was a complete game changer for him.

And Mel was quick to thank David Byrne for collaborating with him on the book.

In fact, there were several names that sprung to Mel's mind when it came to yous.

“I’d like to thank Mary Riley who was the editor, Breege Cassidy, Mick Fenelon, Turner’s and Elizabeth McLoughlin, who did such a great job, my son, Melvin Flanagan and, of course, the people of Longford who came out to support it,” he said.

“This was a real team effort, and it’s a global book with a global reach.

“It'll be on Kindle, on the internet, and all over the world.

“There hasn’t been a decent book on golf in about three years, and we have it now and we know it’ll do well. It has a long shelf life, so it will have steady sales.”

'The Swing - towards a new consciousness in golf'' is currently available for purchase via www.melflanagan.ie