Lions Club and SVP join forces to help the needy 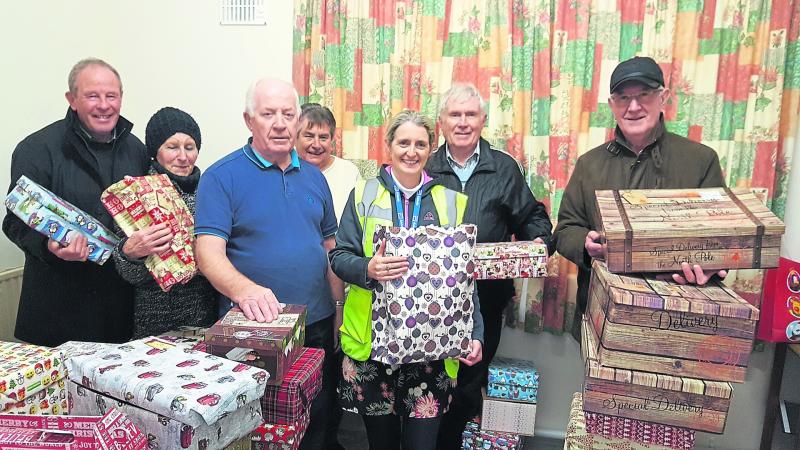 It was a busy Christmas for Longford Lions Club and the St Mel’s Conference of Saint Vincent de Paul (SVP).

The annual food appeal run by both organisations has proved very successful in recent years, but this year the spirit of Christmas was well and truly alive as the local groups reported an increase in cash donations and food supplies.

According to Niall Gannon, Chairperson Longford Lions Club, demands for food increased this year and donations from their food appeal went to the local SVP.

This year, the Lions Club ran the event in conjunction with Dunnes Stores in Longford town and the support Mr Gannon says, “was amazing”.
“The huge support out there is testament to the generosity of Longford people and as the demands for food increase with each passing year, so too does the kindness.”

Meanwhile, the local SVP volunteers were busy delivering food hampers to needy people across the town right up to Christmas week.

“There has been a big demand for food this year,” said Oliver Keegan, chairperson SVP, before pointing out that the organisation also dealt with queries from older people who were looking for fuel.

He also went on to say that Abbott delivered 400 shoe boxes to the organisation’s HQ close to St Mel’s Cathedral a week before Christmas.
“The shoe boxes from Abbott were absolutely fantastic,” he continued.
“We got a large number of boxes and there was so many happy little children in Longford when they received those on Christmas morning.

“They were the most beautifully made up boxes you have ever seen and we are so very grateful to Abbott for them.”

“I know we say it every year,” Mr Keegan smiled, “but the reality is that we would not be able to do what we do, if it were not for all the generous donations and great support that we receive from the people of Longford.
“I want to thank everyone who has donated, supported and helped SVP in any way in 2017.

“The generosity is unbelievable.”