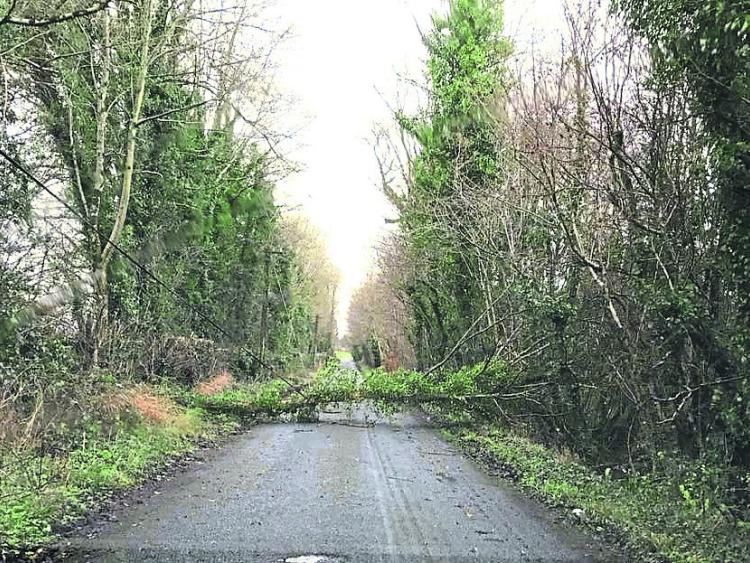 There was lots of debris and some fallen trees across Longford in the wake of Storm Dylan last weekend. This photo of a fallen tree near Abbeyshrule was posted on Facebook by Jenny White.

As 2017 drew to a close, Storm Dylan swept across the country bringing high winds on Saturday, December 30 and into New Year's Eve morning.

Met Éireann hit Longford with an Orange weather alert warning and although there were reports of debris on roadways and some fallen trees, the county escaped with no reports of any major damage caused by the very strong winds.

ESB Networks did report that 57 homes in the Rooskey area were left without power as a result of Storm Dylan.

2018 is merely a few days old and already the country is bracing itself for the first storm of the New Year.

Storm Eleanor was predicted to sweep in from the Atlantic, yesterday, Tuesday, January 2, with counties across the centre of the country, including Longford, expected to be worst hit.

Met Éireann put much of the country on its second highest alert, a Status Orange for wind, and the were due to be accompanied by heavy rainfall, which could lead to extensive flooding.

The Road Safety Authority is advising road users to beware of objects being blown out onto the road and to expect the unexpected.

They also say to watch out for falling/fallen debris on the road and vehicles veering across the road.

Control of a vehicle may be affected by strong crosswinds. High sided vehicles and motorcyclists are particularly vulnerable to strong winds.

Trees down across Longford as Storm Eleanor hits