Year in Review: The Longford celebs that shaped 2017

2017 a fantastic year for entertainment in Longford 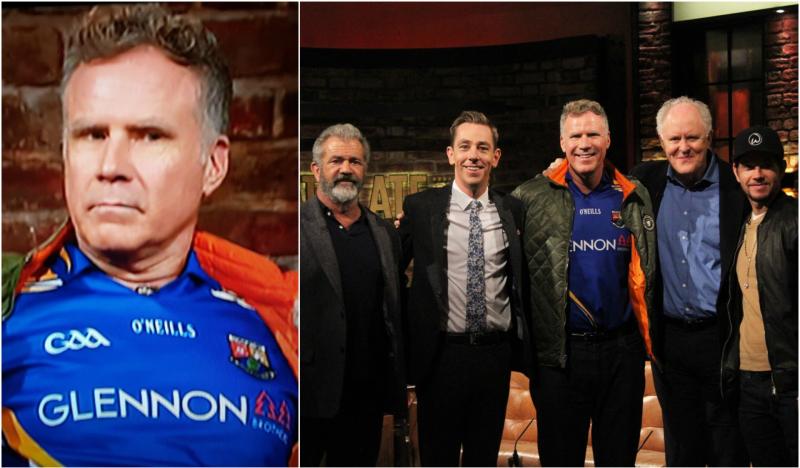 There was a huge Twitter reaction to Will Ferrell appearing on Late Late Show in his Longford GAA jersey.

It’s been a great year for Longford entertainment-wise, thanks to some of the top musicians, actors, artists and authors. With book and album launches taking place left, right and centre, it’s impossible to choose the top events of the year, but we’ll certainly make an effort.

Longford was thrown onto the national and international stage in 2017, with a number of top celebrity actors declaring their roots in the county.

The Force was strong in Longford last February as popular Star Wars actor, Warwick Davis, appeared on the British TV programme, ‘Who Do You Think You Are?’ and discovered his links to Ireland - more specifically, Longford.

Davis’ great-great-great-grandmother, Margaret Manning, and her husband, Owen, travelled to England in 1851 and settled down in London.

Using the power of the Force - namely, the very useful resources of the Longford Historical Society - the Leader revealed that Margaret’s maiden name was Conway and that she came from south Longford.

But Davis isn't the only honorary Longford man.

It was only last month that Will Ferrell and Mel Gibson - two more actors with Longford roots - arrived in Ireland to promote their latest movie, ‘Daddy’s Home 2’.

It’s certainly not news to us that these two celebs have Longford links, with Mel Gibson’s mother hailing from Aughnacliffe, and Will Ferrell’s ancestors a number of generations ago of the extensive Longford Farrell clan.

The pair appeared on the Late Late Show in November, with Will Ferrell flaunting his Longfordian heritage by sporting the blue and gold Glennon Brothers Longford GAA jersey.

And, while Ferrell, Gibson and Davis some of the bigger celebrities with Longford roots, they’re certainly not the only ones to hit the headlines this year.

Artist, Bernard Canavan certainly impressed the masses at the end of November when he stood alongside the likes of Liam Neeson, to receive a Distinguished Service Award from President Michael D Higgins, in recognition of his distinctive exhibitions on ‘The Forgotten Irish’ in London.

And, she may not be world famous just yet, but Ballymahon model Maura Higgins is certainly a rising star to look out for in 2018, following a number of big steps in her modelling career this year - including an appearance in Liam Payne's hit music video, 'Get Low'.

Longford's music scene is also bursting with talent at the moment, with Brave Giant hitting number one on the iTunes charts with their single, 'Way To Love'.

It's been an incredible year for entertainment and, while it's nice to lay claim to the famous actors of the world, there's no doubt at all that 2018 will be a great year for the talented Longfordians that still live here.