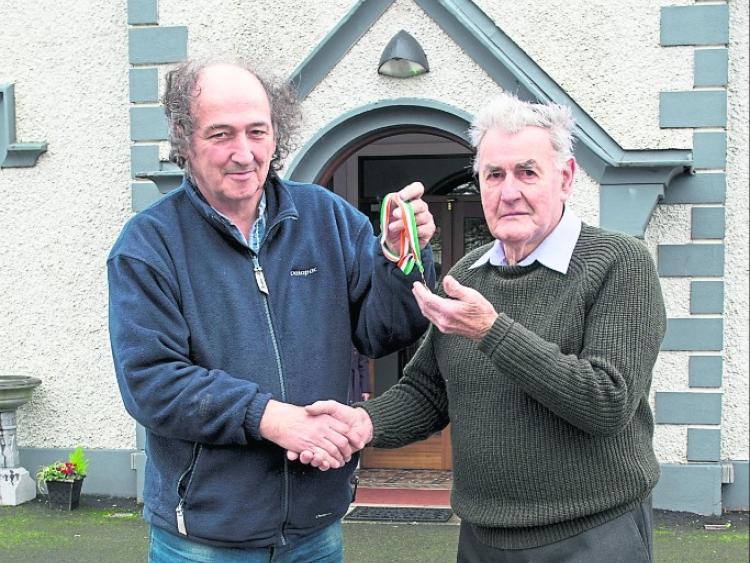 Joe O'Brien, on behalf of Rathcline Gaels, presenting John Killian with a replica of the medal presented to his uncle Thomas Killian who played 'left-wing' on the famous John Martins football team tha

Rathcline GAA club stepped back two centuries when Joe O'Brien, on behalf of Rathcline Gaels, presented John Killian with a replica of the medal presented to his uncle Thomas Killian who played 'left-wing' on the famous John Martins football team that contested the first county final on June 8, 1890.

Shortly after that game Tom emigrated to America, settled in Minnesota, reared a big family but never returned to his native land.

His son Gerald who is a hail and hearty ninety eight years old came to visit to his father's birth-place during the summer but unfortunately could not be present for this presentation so his cousin John, who incidentally played on the Rathcline team along with his brother Luke that won the 1951 County Junior Championship accepted the presentation on his behalf.

Picture shows the medal, front and back, and the presenting of the medal outside St Mary's Church, Lanesboro where the original medals were presented on Sunday, August 17, 1890.