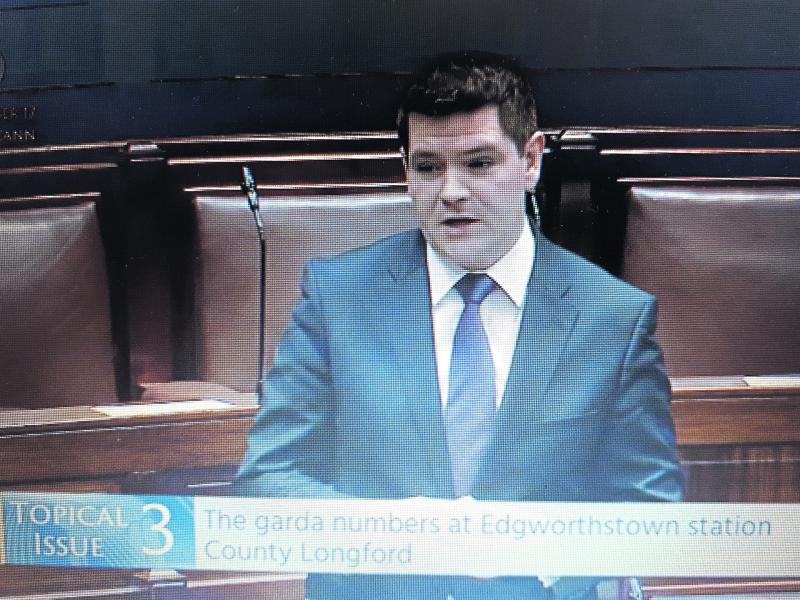 Speaking in the Dáil, Deputy Burke revealed that he has previously been advised in a parliamentary question reply that the number of gardaí assigned to Edgeworthstown is eleven.

However, he believes there is a disparity between the official figures and the situation on the ground, suggesting there are just four and a half gardaí based at Edgeworthstown.

Deputy Burke explained that Edgeworthstown is the second largest town in Longford, with a population in excess of 2,500, and that it is a major centre of road and rail connectivity.

He said there is a growing concern about the increased number of burglaries in the area and he pointed out that the matter of garda resources had been raised with him on many occasions by local councillor, Paul Ross.

Deputy Burke said while he was advised eleven gardaí were assigned to Edgeworthstown that a closer analysis of the facts, and taking transfers out, sick leave and members assigned to other areas into consideration, suggest that there are just four and a half gardaí on the ground.

Deputy Burke added, "I'm assured by Cllr Ross that the gardaí are visible in Edgeworthstown and they are doing an incredible job under strained resources."

He questioned why there is such a disparity between the numbers of gardaí assigned and those that are active on the ground? He also queried the inclusion of sick leave, transfers out or assigned to other areas, in the official figures?

Longford County Council’s rent collection rate is 89% and it has been above the national average since 2016.