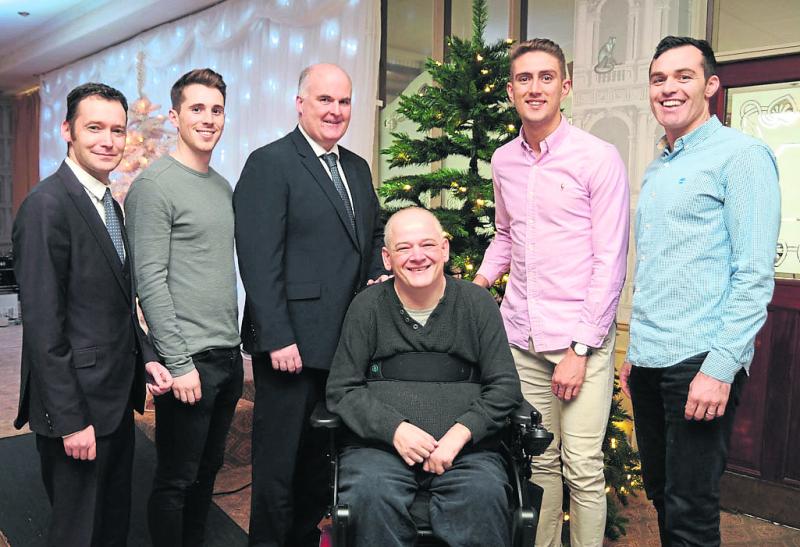 There was a capacity crowd in the Longford Arms Hotel on Sunday morning for the inaugural Longford Fianna Fáil Christmas breakfast.

It was a very social morning with a mix of sport and comedy top of the bill.

The guest MC for proceedings was PR specialist and political commentator, Johnny Fallon, who kept proceedings moving at pace.

One of the highlights was a deeply inspirational contribution from Killoe's Victor Connell, who recounted his journey back from a life altering rugby injury.

He recently launched Longford Counselling Services in the county town, where they provide affordable and accessible counselling services.

Victor has assembled a team of professional counsellors who deal with a wide range of issues from anxiety, depression, self esteem to bereavement, addiction and assertiveness.

They provide the service in a warm, caring, confidential environment and the first consultation is just €10.

There was a great GAA centered discussion with a panel of stars that included the great Paul Barden and current Longford star, Liam Connerton.

They were joined by Cavan's Killian Clarke, who is just back from the International Rules series.

Whilst out injured at the moment, Connerton said that the Longford side are absolutely focussed on the Meath championship game and like Paul Barden, shared the hope that the county will be able to host the fixture in Pearse Park.

Then it was the turn of comedian and mimic, Aidan Tierney, to turn up the tempo and that he did with contributions from a variety of sporting stars including Davy Fitizgerald and Brian O'Driscoll.

Fianna Fáil general election candidate and recently co-opted Co Councillor, Joe Flaherty, thanked all the guests for attending the breakfast and said that the Fianna Fáil party was committed to winning back a Dáil seat for the people of Co Longford in the next general election.

He told the gathering: "Never has it been so critical for Longford to elect a TD and I can assure you that I will do all in my power to deliver the seat back to the people of Longford.

“We need change, we need action, because as Micheal Martin correctly sensed when he visited a few weeks ago, there is an overwhelming and justifiable anger and belief that Longford is the forgotten county."

He also paid tribute to the Longford Arms Hotel who showcased the finest of locally produced foodstuffs for the breakfast. He thanked the proprietor, Orlagh Reynolds, and chef, Eddie Maher, and said: "The Longford Arms goes out of its way to source from local suppliers. “It is a great outlook and we commend the hotel for this commitment to Longford and local producers."