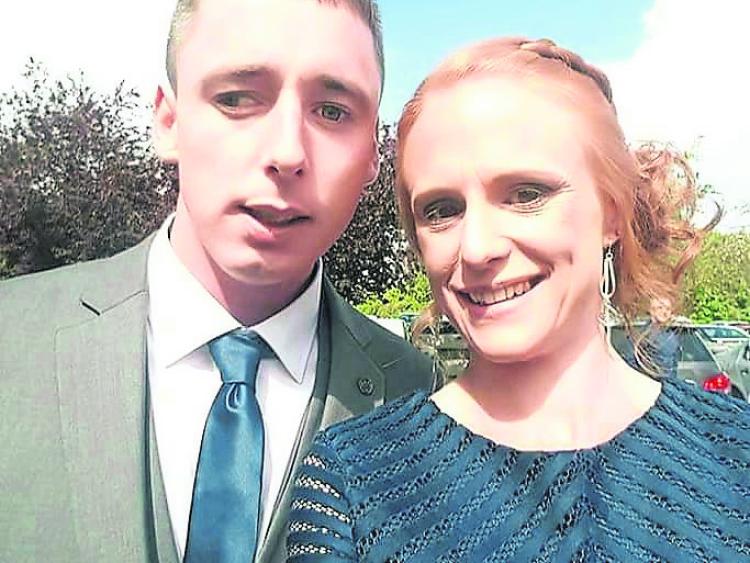 Friends of a Co Leitrim mother of four killed in a road accident in Drumlish last week have paid a heart-rending tribute to “the girl that won all our hearts”.

Claire Louise Bann, from Dromod, Co Leitrim, was fatally injured when her car was involved in a collision with two other vehicles on the R198 at Cloonagh near the north Longford town last Thursday night.

The much loved and admired 34-year-old had been travelling from the Drumlish direction and had just passed Mulleady's Waste Management facility when tragedy struck.

Claire, who worked with Irish Homecare, had been living in the Co Leitrim village with her partner Alan Gilroy.

She also had close links to the UK, Ballinamore and Aughnasheelin areas of Co Leitrim until the time of her death.

This week, Mary Gilroy, on behalf of the Gilroy family, paid a glowing tribute to “the girl that won all our hearts.”

In a heart-rending testimony Ms Gilroy confided news of Claire’s untimely passing had yet to sink in.

“We treated both Claire and her children as part of our family circle long long ago, long before Alan and Claire decided to make it real.”

“Her kids were Claire’s entire world. It's what genuinely got her up each day and her entire world revolved around them.”

Ms Gilroy also reserved a special word of thanks to all those who have offered support to Alan and her closest friends in the days since.

In light of those events and in a bid to avert other families suffering the anguish of losing loved ones on Irish roads, Alan himself, issued a plea to road users to drive with renewed care in the lead up to Christmas.

A GoFundMe page set up to support Ms Bann's four young children ahead of the festive holiday season has already raised close to €4,000.

"I'd like to raise money to help pay for Christmas presents for Claire's kids. Her children meant everything to her.

"They've been through so much and I'm hoping this is one thing we can do for them. Any donation would be gratefully accepted."

Three other people injured in the collision were removed by ambulance to Mullingar and Tullamore Midland Regional Hospitals.

Her injuries, together with the two other people taken to hospital, were described as being non-life threatening.

Granard Gardaí are continuing to investigate the circumstances surrounding last Thursday’s tragedy and have appealed for anyone who may have witnessed the incident to contact them at (043) 6686512.