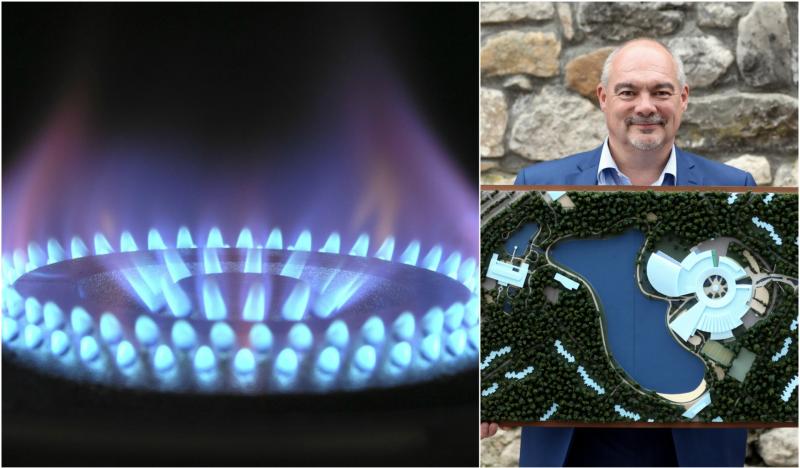 The Government's announcement this evening to give the green light to extend the national gas pipeline to Co Longford will "revolutionise" its local economy for generations to come.

They were the sentiments espoused by Independent Alliance TD and OPW Minister Kevin 'Boxer' Moran on foot of confirmation a €5m deal had been agreed.

It comes after the Leader broke news in June which detailed how Center Parcs chiefs had invested €3m of their own funds to bring about an extension to Ballymahon.

This evening's agreement, which was signed off on by Public Expenditure Minister Paschal Donohoe almost two weeks ago, allows for sufficient capacity to bring about a further extension of the pipeline from Athlone to Longford town.

"This is huge, massive," he beamed when speaking to the Leader this evening.

"This will put Longford on a par with Athlone and Mullingar. It will be a major economic driver in helping to attract companies to set up and locate here.

"It's a great day for Ballymahon, the business people of Longford and its people."

As he underlined the significance of the gas announcement, Mr Moran opted to take a thinly veiled swipe at his detractors, some of whom claimed the former Westmeath councillor had been attempting to score political brownie points when the issue first came to light earlier in the year.

"You know some politicians said I was jumping the gun. The thing is I was right. I never jump the gun. When I say something is going to happen it does," he blasted.

Local Independent Councillor Gerry Warnock and long time political ally of Mr Moran's, took to social media to give his approval to the announcement.

"Great credit to Kevin Boxer Moran and Denis Naughton who have been working tirelessly to bring this to fruition," he wrote.

"I have to say credit where credit is due and that Boxer is a man of his word and has worked very hard on this since being elected to the Dail in 2016."

Longford Fine Gael general election candidate Cllr Micheal Carrigy was another to convey his satisfaction on his own Facebook page.

In a post which carried a picture of Cllr Carrigy standing alongside Public Expenditure Minister Paschal Donohoe, the Ballinalee postmaster said: "This is a significant investment and a further sign of the Governments commitment to Longford.

"It will safeguard future investment in the county promising short term and long term job creation."

"It's hugely positive news," he said.

"Getting the gas pipeline to extend into Ballymahon and beyond will have huge knock on effects for the county as a whole."