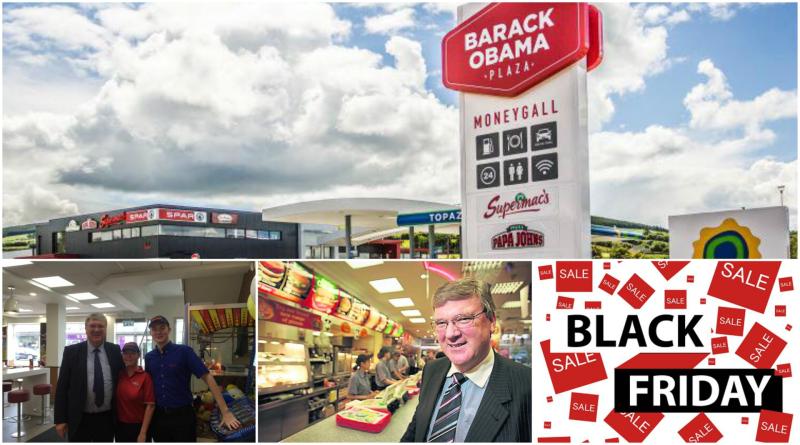 Supermacs founder Pat McDonagh has set his sights on bringing his much vaunted 'Barack Obama' style plaza to County Longford.

Irish fast food chain Supermac's are planning to create up to 80 new jobs in Longford town through the development of a multi million euro service station.

The man behind its inception, Pat McDonagh, revealed the news at a special business breakfast seminar last Thursday.

Revelations surrounding the proposed plan were carried on the Leader's website www.longfordleader.ie minutes after Mr McDonagh signalled his intentions to a Chamber of Commerce event at the Longford Arms Hotel.

Mr McDonagh said he wants to build a 'Barack Obama' style plaza, similar to the one in Moneygall, Co Offaly which opened in 2014 at a cost of around €7m.

The Galwegian said he hopes to replicate that design in Longford after buying a green field site off the main Ballinalee Road.

He added plans concerning the finer points of the development will be lodged with Longford County Council over the coming weeks.

It's likely the Longford development, subject to planning, will carry many of the characteristics behind its Moneygall equivalent.

Included in that development is a restaurant, convenience shop and fuel facilities, representing the single biggest investment on the Offaly/Tipperary Border in decades.

Cathaoirleach of Longford County Council said the spectre of an established name such as Supermac's expanding its presence in Longford was indicative of its new found attractiveness as a destination for inward investment.

“It's good news that there might be more jobs coming to the county and in particular Longford town,” he said.

Cllr Mulleady was keen to note his appraisal of any development taking place was on the proviso of planning permission being approved.

That said, the Drumlish local politician said the scale of the proposed facility would also go a long way towardsboosting job numbers within Longford's construction industry.

“It's another positive story and that is what this county and this Council wants to see,” he remarked.