Successful bidder not believed to be local 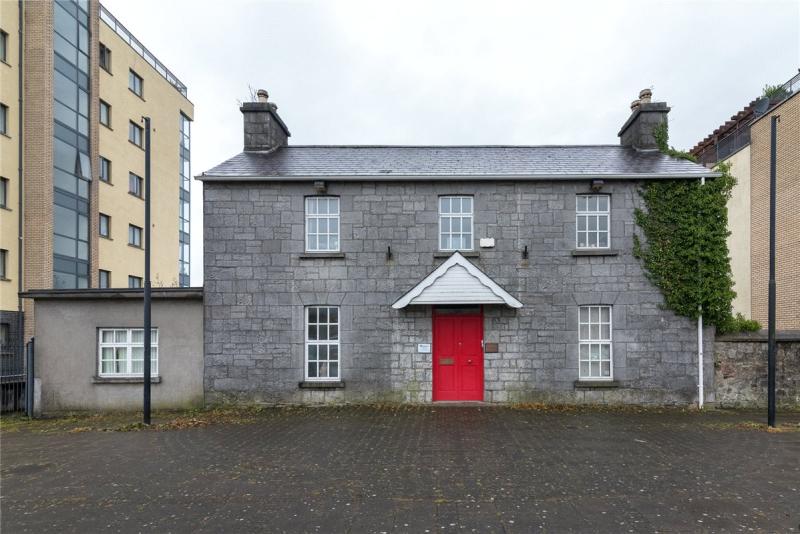 Longford Chamber of Commerce's main headquarters has gone under the hammer this afternoon for €190,000.

A total of five bidders took part in the auction, which opened at the €100,000 mark.

Within matter of minutes that figure increased to €135,000, leading auctioneer Fintan McGill of Sherry Fitzgerald McGill to confirm that the property would be sold.

That sparked further action from the floor with the bidding eventually tapering off at €185,000 before ultimately selling for €190,000.

The property spans 1500ft and comes with ten parking spaces to its rear, a state of the art security system, together with a yearly rent of €7,200.

It's a figure which could rise still further after Mr McGill revealed prior to the auction commencing that the Chamber might seek to rent a room until it manages to find a suitable offices of its own.

Speaking afterwards, Mr McGill admitted he had not anticipated the property to fetch such a sum.

The Longford auctioneer said the eventual buyer only emerged at a very late stage, adding the final sale price reflected a new found confidence in the local property market.

"The person who bought it sort of came out of the woodwork. I had a few interested parties but it was an outsider that bought it. I am delighted with the price and it does set a mark for Longford for a listed building."

Asked if the day's events was a sign of a return to the Celtic Tiger boom times of the mid naughties, Mr McGill was coy however.

In referencing the announcement this morning of Supermacs to build a multi million euro 'Barack Obama' style plaza on the Ballinalee Road, Mr McGill ushered a word of caution about whether a return to the property bubble of more than a decade ago was imminent.

"When the bust came commercial property in Longford dropped by 90 per cent," he said.

"We are now seeing (an upturn) with that (Chamber of Commerce) building worth €1.6m eight years ago.

"There is a recovery and with a bit of luck it will start and when you see Pat McDonagh (Supermacs founder) announcing his plans for a development on the N4 it will be great for the town and to see things moving on."