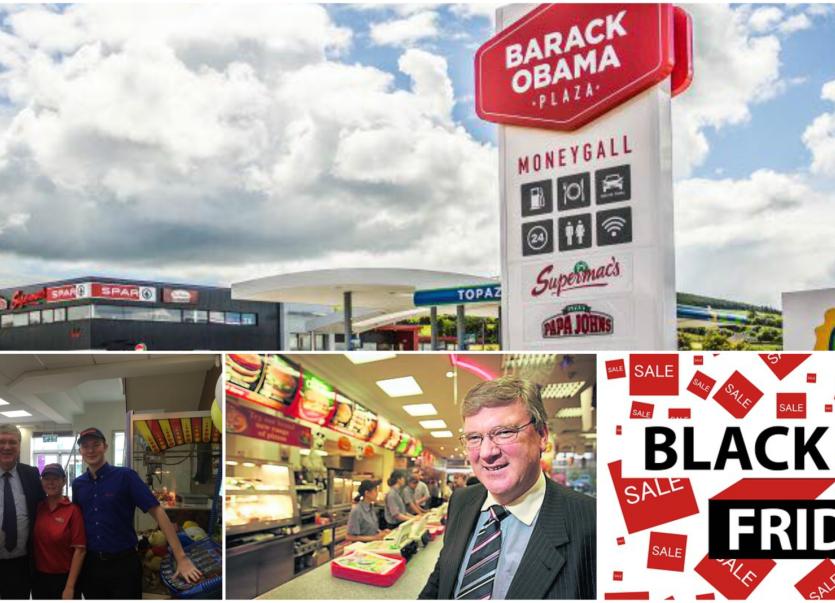 Irish fast food chain Supermacs are planning to create up to 80 new jobs in Longford town, it was announced this morning.

The man behind it's inception, Pat McDonagh, revealed the news at a special business breakfast seminar this morning.

Mr McDonagh said he wants to build a 'Barack Obama' style plaza, similar to the one in Moneygall, Co Offaly which opened in 2014 at a cost of around €7m.

The Galwegian said he hopes to replicate that design in Longford after buying a large acre site off the main Ballinalee Road.

He added plans concerning the finer points of the development will be lodged with Longford County Council over the coming weeks.

Mr McDonagh was speaking at a Chamber of Commerce event in the Longford Arms ahead of the start of tomorrow's eagerly awaited Black Friday event.